In a nutshell: We think most people’s highest-impact options involve working directly on solving pressing global problems. However, if you’re not as well-suited to direct work, and you’re an especially good fit for a high-earning career path like quantitative trading, you can still have a large impact by donating a portion of your salary to organisations tackling especially pressing problems. We call this strategy ‘earning to give.’

If you can find a job that’s a good fit for you, it seems like it’s usually possible to make a larger contribution to the problem areas we highlight by working directly on them, rather than earning to give to organisations working on them. That’s because we generally think that these problem areas are more ‘talent constrained’ than ‘funding constrained.’

However, additional funding is still useful, so earning to give is still a high-impact option. Earning to give can also be your top option if your best fit is with an unusually well-paid career. One kind of job we’ve seen work especially well for this is quantitative trading in hedge funds and proprietary firms.

Quantitative trading means using algorithms to trade on the financial markets for profit. We think that, for the most part, the direct impact of the work is likely neutral and it might be the highest-paid career path out there.

Compensation starts at around $100–300,000 per year, and can reach $1 million per year within a couple of years at the best firms. Eventually, it’s possible to earn over $10 million per year if you make partner. We estimate that if you can work as a quantitative trader at a good firm, the expected earnings average around $1 million per year over a career. This is similar to being a tech startup founder, except that startup founders who make it into a top accelerator have more like a 10% chance of getting $30 million in 3–10 years — so the startup option involves much more risk and a major delay.

Given the expected earnings in quantitative trading, this work can enable you to make large donations to effective charities relatively quickly. We know several people in this career path who donated six figures within their first couple of years of work, such as Sam Bankman-Fried. This is enough to set you up as an ‘angel donor’ in the community — meaning you could fund promising new projects that larger donors could later scale up if they’re successful enough in the early stages.

Overall, whether earning to give is worth it depends on how much the potential role earns, and how good your fit is for other options. If you would be well-suited to one of our other priority paths, then your potential earnings would have to be much higher for earning to give to be your most impactful option. But if you aren’t a good fit for one of those options, it’s more likely that earning to give could be your top option, even if you pursue a path that pays less than quantitative trading. Unfortunately, because of this variability, it’s hard to give one-size-fits-all advice in this area.

It’s also challenging to figure out where it is best to give, especially if you’re hoping to provide funding to early projects in unusual areas. We provide some giving advice here. If you are a large donor (say, giving over $100,000 per year) it might also be worth it to seek professional giving advice. Regardless, you can learn from the work of professional philanthropic advisors like Longview Philanthropy or Open Philanthropy by reading about their grants and reasoning online.

There are two broad pathways in quantitative trading:

It varies from firm to firm, but typically engineers get paid less, but have more stability in their earnings.

Salaries can also vary significantly by firm. There are perhaps only a couple of firms where it’s possible to progress to seven figures relatively quickly without a graduate degree (these include Jane Street, Hudson River Trading, and D. E. Shaw). The pay is often significantly less in other firms, though still often several hundred thousand dollars per year. Other firms offer higher earnings but require a PhD.

Many people find quantitative trading surprisingly engaging. Creating a winning trading strategy is an intellectual challenge, and you get to work closely with a team and receive rapid feedback on how you’re performing. These firms often have ‘geeky’ cultures, making them quite unlike the stereotype about financial workplaces. The hours are often a reasonable 45–60 hours per week, rather than the 60–80 hours per week reported in entry-level investment banking.

These jobs are prestigious due to their earnings, and you can learn useful technical skills as well as transferable skills like teamwork.

The main downsides of these positions are that they may not help you make that many good connections (since you’ll mainly only work with others in your firm), and they don’t help you learn about global problems on the job. They’re also highly competitive.

In addition, note that quantitative trading positions are very different from ‘quant’ jobs at other financial companies, such as investment banks or non-quantitative investment firms. Usually ‘quants’ are ‘middle office’ staff who provide analysis to the ‘front office’ staff who oversee the key decisions. This makes them more stable but significantly lower paid. Such firms also typically have a less geek-friendly culture.

What about other options for earning to give outside quantitative trading? Although we don’t know of a career path that has earning potential as high and as secure as quantitative trading, if you can find another very high-paying career — such as in other areas of finance, software engineering, or law (in some cases, and particularly in the US) — donating part of your income from such a career could be your best option for making a positive difference. Entrepreneurship may also be a promising option — though it’s risky, we know of several successful founders donating substantial sums to supporting effective organisations. 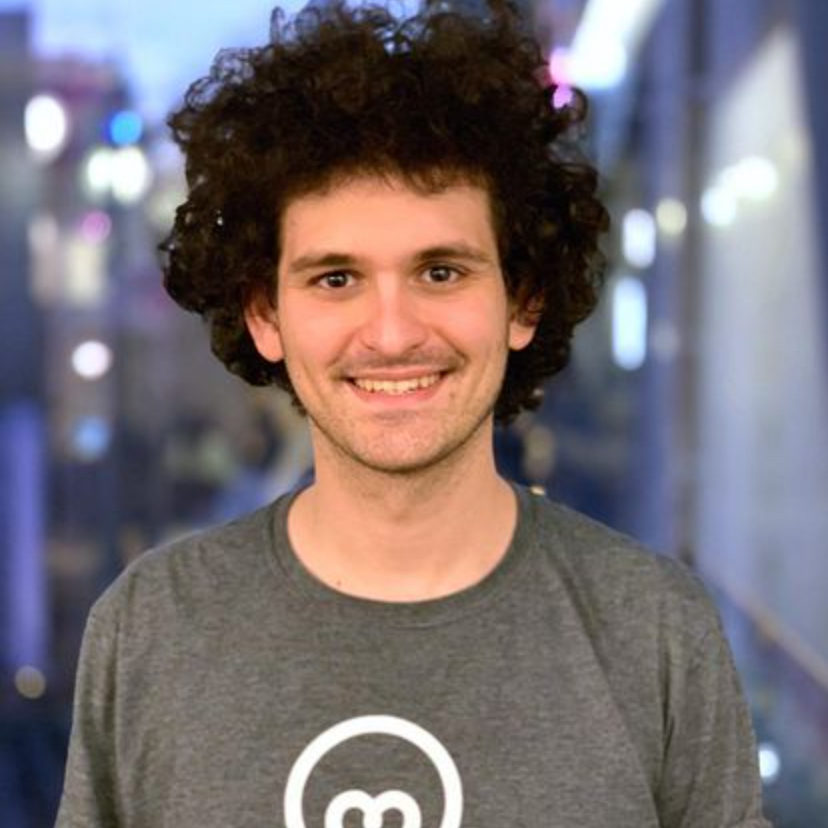 Sam learned about the idea of helping the world through earning to give as a physics undergrad at MIT. He realised his maths skills made him a great fit for quantitative financial trading. From there, Sam went on to work in decentralised finance and founded the cryptocurrency derivatives exchange FTX. Now Forbes estimates his net worth is $16 billion, making him likely the world’s wealthiest person under 30. Sam has already donated millions to causes like animal welfare and the Biden campaign, and intends to donate most of his future wealth.
Learn more Alex studied mathematics at Cambridge. Initially he was unsure what to do, but his maths skills and membership in the Giving What We Can community led him to consider earning to give as a quantitative trader. He has committed to giving away over half of his lifetime income to effective charities.
Learn more Jeff used to work as a research scientist, but decided to switch to software engineering to earn more to donate, and eventually got a job at Google. He was then able to earn more than twice as much as he did previously, and now, along with his wife Julia, donates about half of his income to effective charities each year.

To assess if this path might be a good fit for you, consider the following:

Because this path could look very different depending on the industry and role you’re considering, it’s hard to generalise about the best routes to entry. Below is some advice for a few of the most promising careers for earning to give.

It’s helpful to have finished in the top third of your class in mathematics at an Ivy League university. Slightly weaker mathematical ability can be compensated for with strong programming ability and rationality (for instance, skill at poker). You’ll generally need qualifications in mathematics, physics, computer science and so on to be considered, though not always. Many jobs require a PhD, though some can be entered directly from undergraduate. Applying to internships is one of the best ways to test yourself out.

For someone with the necessary mathematical skills, our impression is that this option offers unusually good pay and job satisfaction relative to its difficulty.

For more details on quantitative trading and how to enter, read a guide from someone with experience in the path.

First you need to learn to program. There are three ways to learn:

Once you know how to program, you’ll want to get your first job. Here’s one in-depth guide on how to do that.

Interviewing well is especially important to landing a job. You’ll likely be given technical challenges to complete at home within a particular time frame, so it may help to study algorithms and the most popular interview guide, Cracking the Coding Interview.

Consulting jobs at top firms are highly competitive, with acceptance rates around 1–3%.2 The standard profile of a person getting one of these jobs at a top firm is:

Again, interviews are important to getting a job. ‘Case studies’ — conversations about market sizing, an intellectual topic, or an imaginary project with limited time and information — play an important role in hiring, so you’ll want to practise case study–style interviews before applying.

Read more about how to get a job in management consulting in our career guide, or look at our list of high-paying jobs for other options that might be a better fit for you.