Want to make a difference? Want to make the most different that you can?
Become a banker. An ethical banker. 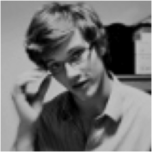 Not what you expected? Research on professional philanthropy by an Oxford
University ethicist today reveals a new way of looking at ethical careers.
Believe it or not, it is possible to be an ethical banker. William MacAskill
today discusses his research at the Uehiro Centre in Oxford University’s
Philosophy Faculty with Ian Hislop on the Today Programme at 8:45am.

MacAskill is launching 80,000 Hours: an organisation which is redefining
ethical careers. Incredibly an individual typically spends 80,000 hours on
their career: choosing a career which maximises the difference you can make
is therefore paramount for those considering an ethical career. 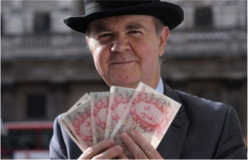 Professional philanthropy – deliberately pursuing a lucrative career in order
to donate a substantial proportion of earnings to the best causes – may have
significantly more impact than careers traditionally considered as ethical.
Let us take the example of a banker and a charity worker: firstly consider
the financial discrepancy in earnings  the money that a banker donates can
pay for several charity workers who would be better qualified to do the job.

Secondly, money is fungible and can be moved to better causes as they come
along whereas experience as a charity worker is specific and often
non-transferable. Thirdly, the charity worker would replace a similar charity
worker but the ethical banker would replace a banker who would probably keep
all his money to himself. This means the ethical banker would make a
difference which would not have occurred without his choosing professional
philanthropy.

These factors mean that the “direct benefit a single aid worker can produce
is limited, whereas the philanthropic banker’s donations might indirectly
help ten times as many people.” 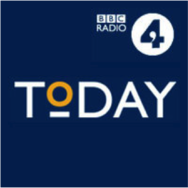 Ian Hislop’s programme When Bankers Were Good is aired tonight on BBC 2 at
9pm and looks at the philanthropic pursuits of Victorian bankers. In an
interview with the Telegraph Hislop comments: “People were greedy then but
there was at least a culture of religious or humanist figures at the heart of
banking who thought they should be doing things better that seems to be a
model which we don’t now have.”

Tune into William MacAskill’s and Ian Hislop’s discussion on the Today Programme
at 8:45am to hear more about why spending your 80,000 hours conducting
professional philanthropy is ethical preferable to traditional ethical
careers.