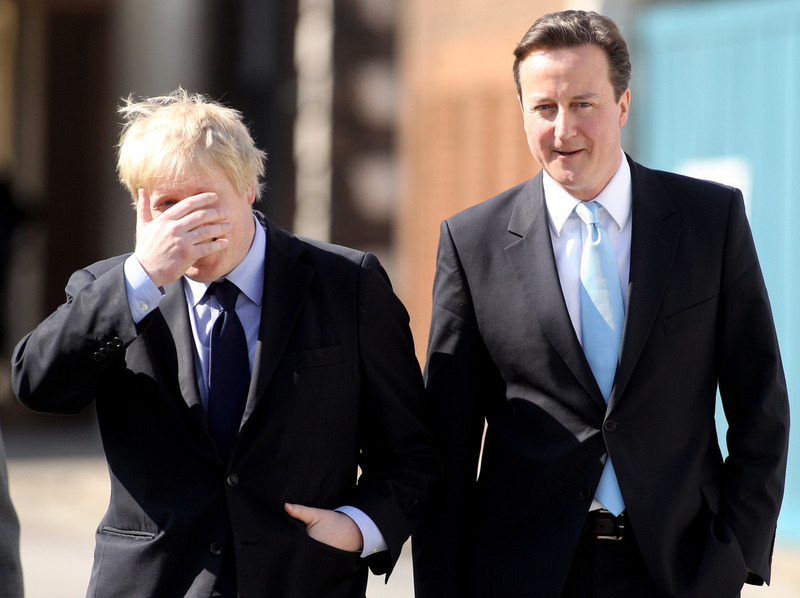 How much good should one expect to do in a political career aimed at Parliament or Prime Ministership in the United Kingdom? A number of members of 80,000 hours suspect that they have above-average suitability for politics, but want to compare the field against research or entrepreneurship. To do that we need to think about the power of elected officials to sway policy in office, the value of different policies, and the probability that a political career will reach various levels of success. This post will take a stab at the last question, using data from Parliament and the educational system.

With a strong academic background, interest in politics, and social skill those chances may be surprisingly good, as much as 1 in 3 for becoming an MP, and 1 in 300 for PM. Let’s take a first pass at our Fermi calculation and see how.

As of mid-2010, there were an estimated 62,260,000 people in the United Kingdom, and 650 MPs in the House of Commons. As of this BBC article there were 23 members of the Cabinet, including the Prime Minister. Thus if we knew nothing further about a randomly selected person in the United Kingdom, we would assign a chance of about 1 in 96 thousand that she was an MP, 1 in 2.7 million for Cabinet, and 1 in 62 million for PM.

However, the average time in office of an MP is much less than the typical British life expectancy, so that a Parliamentary study found 906 living people who have formerly served as Members in the House of Commons, despite the average age of current members being 50. When we add the (larger) group of currently living people who will go on to serve in the future, it seems safe to estimate at least 3100 current, former, and future MPs, giving odds of 1 in 20,000 that a randomly selected Briton falls into that class.

For newly elected MPs with data, 94% were university graduates, 69% graduated from a research university that was part of the Russell Group or 1994 Group, and fully 28% graduated from Oxford or Cambridge. The Trust lists MP totals for leading universities with Oxford (102), Cambridge (58), LSE (25), Edinburgh (15), Manchester (14), and Durham (12).

We could draw a rough first estimate (neglecting childhood deaths, the increasing rate of university attendance, etc) of the chance that a randomly selected Oxford graduate will at some point be elected to Parliament are in the vicinity of 1 in 500, i.e. that each year there about 6 Oxonians who will serve.

To succeed, first show up

The great majority of Oxford students never go on to run for elected government office. They become doctors, financiers, consultants, academics, attorneys, and so forth. The fact that they fail to attain a goal they did not pursue is unsurprising, and so to estimate the difficulty of attaining office it would be best if we could focus on some subgroups that were disproportionately prone to launching political careers. Membership in such a group would predict political interest and some degree of political skill (since those with political savvy would tend to select into such a group).

At Oxford, there is one course especially known for attracting those interested in politics (which cannot be studied on its own), namely the Philosophy, Politics, and Economics PPE, with an intake of 239 students. If all of these graduate, they would make up just under 8% of Oxford undergraduate degree holders. Yet there were some 35 grads serving in the 2010 House of Commons according to this BBC article, more than a third of the Oxford representation in the commons. Thus, the chance of a randomly selected PPE graduate eventually being elected would seem to be some 4 times as great as for a random Oxford graduate, perhaps 1 in 125.

Since 14% of Oxford undergrads are international (and thus ineligible for Parliament unless they immigrate), the number could be further adjusted to ~1 in 108, assuming that international representation is at least as high in PPE as elsewhere. In fact, since PPE is a magnet for the children of foreign elites, the percentage is likely higher (I have not yet received a reply from the PPE program on the true figure).

Of course, not all PPE graduates are interested in a career in politics: many go into finance, academia (including philosophy, economics, or other non-politics oriented academia), NGOs, even school teaching or writing. Those who are interested in government may enter (and remain in) the civil service, political journalism, political science, or supporting roles (lobbyists, consultants, etc) without willingness to pursue elected office. Some finer discrimination is needed to get a grip on the odds for those who actively pursue politics. Some may find the effects of a political career on quality of life unacceptable. Filtering to those focused on elective office might improve the odds by a factor of 3, or 10. But how can we make a finer discrimination? One natural route is to look at those who seek and obtain elected office at Oxford.

Oxford Unions and their president-alumni

Oxford hosts two storied Unions, the Oxford University Student Union, a student government, and the Oxford Union, a major debating society. My understanding, by way of talking with Oxonians, is that the leadership of the OUSU has historically tended to supply candidates to the left in Britain, while the OU has tended to supply candidates to the right. This is well known, and elections are hotly contested, despite restrictive campaign rules (which elicit clever attempts to campaign without being caught, perhaps a good model of the intrigue of nonacademic politics). Further, the OUSU presidency is a full time job for a year, indicating a strong commitment to politics.

What happens to past presidents? I sampled from each organization’s alumni, from the same period, to get a sense. The OUSU website provides a list of past presidents, starting in 1974. For the 1974 president and the next 10 names (covering 1974-1985, due to a blank in the list) I attempted to discern their career track using Google Search. I was wholly unable to track 2 presidents (implying no major positions in public life), 2 were ambiguously identified as sucessfully pursuing non-politics careers (economics and business), 1 pursued journalism without clear political intentions, 1 was identified as succeeding in business, and 5 pursued politics at some point.

Of those five, 2 reached senior positions in local government, heading councils, 2 had long tenures as Members of Parliament, and one held some important unelected positions while building businesses using his connections, including an investment bank:

For the Oxford Union, I started with the same year as for the OUSU, and worked my way down the list until I had an equal number of names, excluding non-British citizens (the Pakistan PM Benazir Bhutto, the South African Simon Walker who advised the PM for 2 years, and Robert Scoble, a successful Australian diplomat until his career was derailed by pedophilia). I was unable to find out what happened to 2, 3 seemed to have become successful lawyers or businesspeople without visible political activity, 1 became an author and political journalist, and 5 pursued politics. Of those pursuing politics, 2 were defeated and went on to hold lesser positions, 2 reached Parliament and Cabinet, and one reached the House of Lords through inheritance:

If we assume that half of the untraceable individuals attempted to pursue public office but failed, and that most of those without visible electoral efforts were focused on their business, academic, or media interests, we see a sizable fraction of those at this high level of ability and connections are able to reach office if they choose, perhaps 1 in 3. The expectation for another Oxford student with a strong political focus, but less demonstrated political savvy would be less, but as the earlier sections suggested, not vanishingly so.

From MP to PM

Since reaching Cabinet or 10 Downing Street is even more competitive than election as an MP (the contenders have mostly met the latter challenge already), we would expect the same predictors of success run even stronger. For instance, Oxbridge graduates make up 20% of Labor MPs and 38% of Conservative MPs, but made up 32% of Gordon Brown’s last Cabinet, and 69% of the recent coalition Cabinet. In other words, the Oxbridge advantage is more than one and a half times as great at this level (perhaps also reflecting in part the importance of education and intelligence in policymaking functions of Cabinet).

At the level of Prime Minister, 9 of the last 13 Prime Ministers since 1940 have been Oxford graduates, plus one from Edinburgh, Winston Churchill (military academy), John Major (correspondence course in banking), and Jim Callaghan (military background, rose via working-class unions in the Labour party). Looking back through the rest of the 20th century, there were 3 Prime Ministers who studied at Cambridge, 1 more at Oxford, 1 at Mason Science College, and 3 without university education. However, some of those without university education would likely have acquired it in the modern age, e.g. Lloyd George could ‘article’ or apprentice as a lawyer without attending law school as would be required today. At that time, completion of high school signaled similar relative status to a university education today.

The Oxford:Cambridge ratio is consistent with other data, such as the ratios of MPs from the two schools. As university education becomes ubiquitous in Parliament, it seems reasonable to project these trends forward for a few decades and predict that between one and two thirds of Prime Ministers will be derived from Oxbridge over that window, although regression toward the mean indicates that we should expect a lower Oxford share. With 21 Prime Ministers since 1901, Prime Ministerial tenure seems to be between half and a third of Commons tenure, giving a further boost to the odds of (at least for a time) reaching that office. Given a randomly selected former OU or OUSU president (who is already an MP), we might project as much as 1 in 100 chance of at some point serving as Prime Minister. For such a student still at Oxford, an “outside view” estimate could plausibly assign between 1 in 300 and 1 in 500 probability to eventual PM status.

What to make of political long-shots?

These estimates, for those with the relevant indicators, are vastly higher than the general prior for high political office, but they remain long-shots in any given case, far more so for higher offices. There is a special altruistic case for such risky prospects if they have high expected value in some currency that can buy important goods without severe diminishing returns, as the best interventions run out of room-for-more-funding and one must shift to less promising ones.

However, for higher-end political offices such as Prime Minister scales are so large that running out of “room-for-more political influence” is a real risk, particularly if one thinks that the most important causes today have only modest resources dedicated to them. To make a case for politics over alternatives one would need to explain just how political influence should be applied, and how scalable those opportunities are. But these are questions for another day.