While there is the potential for huge earnings, advocacy power and direct impact, the odds are stacked against even very talented individuals. A very large number of people attempt to achieve success in the arts for reasons unrelated to its social impact, making it unlikely to be a neglected area. For most people, a career in arts and entertainment is unlikely to be the path with the highest potential to do good, so we suggest you consider your other options first.

However, as with all careers, if you think you could be truly exceptional and fulfilled within this career, but not in others, you should strongly consider it.

Our reasoning for these ratings is explained below. You might also like to read about our approach to rating careers.

We suggest that you seek frank feedback from masters in your art form on whether you show outstanding potential for someone at your stage in your career.

We suggest you try to reach checkpoints in your art form that indicate a higher likelihood of future success (e.g. getting into highly competitive programs such as the Iowa Writers’ Workshop).

As you proceed, also aim to develop transferrable skills and contacts that will allow you to switch to other socially valuable careers if this becomes necessary.

We don’t recommend this career unless you are an exceptionally good fit for it.

What is this career?

This exploratory career profile discusses musicians, visual artists, actors and fiction writers, and in particular attempts to become famous within these fields. We have not yet considered other careers in the arts and entertainment, most of which have quite different characteristics, and so our view on these careers should not be generalised from this career profile. We also appreciate being contacted with corrections, relevant data, or further important considerations.

Here we will consider these careers from the perspective of someone early in their career (15-25) who could reasonably aim to be admitted to a selective training school in their artistic field.

Many people believe that progress in the arts has intrinsic value. This may be true, but in this profile we will consider only how much these careers help people – that is, how many people are helped multiplied by how much it improves their lives.

What are some reasons to pursue this career?

What are some downsides of this career?

This figure, applying only to Harvard graduates, shows that people in the arts and entertainment are very overrepresented among those with the lowest incomes, and also somewhat over-represented among people with the very highest incomes. (Lockwood, Nathanson and Weyl, 2014) 4

If you really like art what should you do?

These ideas are at an early stage, and so should be taken as just suggestions: 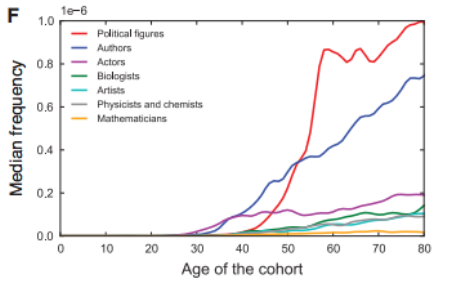