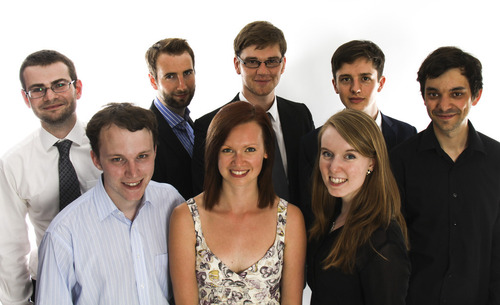 What impact has 80,000 Hours had since we started in 2011? This document is not meant as an impact assessment; rather, its aim is to lay out the ways in which we’ve plausibly had an impact, and summarise what we currently know about them.

Our impact can be compared to our historical costs. By the end of 2013, we had spent £147,000 and used about thirteen years of labour from the team, which we estimate had an opportunity cost of about £233,000 in forgone donations.

The main way our programs aim to have an impact is through through enabling our users to have more impact with their careers, so has been the focus of our evaluation efforts. During our development phase, our goal has been to justify our costs on the basis of causing ‘significant plan changes’ – our key impact metric in this area.

We go into much more depth in our analysis of plan changes.

The impact of significant plan changes is only a portion of our impact on our user’s careers. There’s also likely to be people who changed their plans because of us, who we don’t know about. Even engaged users may not have filled out our impact survey, and there’s likely to be other people who have been influenced by our ideas through other sources. There’s also the impact of small changes to career plans, which are difficult to discern and not included in the significant plan change metric.

More broadly, we’ve promoted important ideas. The idea of earning to give alone has reached millions of people through our press coverage, so there’s likely to be a diffuse influence on many more people than those we’ve tracked.

We think the value of the plan changes we’ve caused so far is a small fraction of the expected value we’ve created. We’ve made other investments which we expect to lead to more impact in the future.

We think that the majority of the value of working on 80,000 Hours to date comes from the chance that we become far more influential than we are today, rather than the plan changes we’ve already caused. The key focus of our strategy to date has been testing and developing our business model, with the hope of finding an approach that can be massively scaled up.

We believe there are potential high-impact organisations within the area of socially oriented career choice, effective altruism and meta-charity. Our key aim is to explore this space, and work out whether there’s an opportunity to create a hugely impactful organisation. This is why we place so much importance on writing publicly about our plans and impact. Even if 80,000 Hours turns out not to be cost-effective and fails, it will have been a highly valuable experiment.

You can see more detail on what we’ve learned about our business model in our strategic review.

The value of our research

By working on 80,000 Hours, we’ve learned a huge amount about social impact career choice. We think this is a valuable, under-researched body of knowledge. There are many ways it could be used in the future to have a positive impact, either by us or by other organisations, so it has value beyond the plan changes that have already been caused.

We’ve learned a great deal about how to run an organisation compared to what we expect we would have learned if we had taken our next best career options. This means that even if 80,000 Hours were closed tomorrow, we’d be far better placed to run a high-impact organisation than we would have been otherwise. You can see some of our lessons in the mistakes’ sections of our reviews.

The value of our audience

There were about 120 people who filled out our impact survey but didn’t report a significant plan change. Taking the time to fill out our impact survey suggests these users are highly engaged, so it seems reasonable to think some of them will make significant plan changes in the future, either when they make their next career decision, or in response to further research. Indeed, in our survey, for every three respondents who had changed their careers plans, there were two people who pointed out that although they hadn’t already changed their plans, they had changed their attitudes towards their career in a way that might be expected to cause them to change their career plans later.

Finally, we’ve had several types of impact which we broadly put under the heading of building the effective altruism movement. This includes:

Building the Centre for Effective Altruism

80,000 Hours and Giving What We Can have together built CEA, each covering about 50% of its budget. CEA now consists of:

This means CEA has considerable ability to survive the failure of 80,000 Hours or Giving What We Can, and continue to have an impact.

CEA has already successfully incubated The Life You Can Save and Animal Charities Evaluators. It is currently incubating the Global Priorities Project, and a project to do effective altruism outreach. It seems likely to continue fostering high-impact projects in the future.

Supporting individuals within the community

We’ve helped people in the community choose their careers, increasing their effectiveness.

Through our career coaching, members directory, events and internships, we introduced many people to others in the community. Some of these introductions have already led to collaborations, for instance Peter Hurford met Ozzie Gooen while working at CEA, leading to the creation of dot impact.

We’ve given assistance to other organisations within the community. For instance, we’ve helped Giving What We Can, GiveWell, the Future of Humanity Institute, and the Copenhagen Consensus to find members of staff; we’ve discussed strategy several times with MIRI; and we’ve discussed strategy extensively with Giving What We Can and Animal Charity Evaluators.

Finally, through our careers research and organisational learning we’ve been creating knowledge that other organisations will be able to use in the future.

Shaping the concept of effective altruism

It’s likely we’ve influenced the concept of effective altruism by:

Promoting the idea of effective altruism

We think the value of these contributions may not be fully reflected in the value of the significant plan changes that have been tracked to date, since we expect the community will go on to have a large impact even if 80,000 Hours were closed tomorrow.

We think we can justify our historical costs on the basis of significant plan changes, but the majority of the value we’ve produced to date is likely to come from the indirect results of our work. Even if 80,000 Hours were closed tomorrow, we’d continue to exert a significant impact through our contributions to building CEA, our body of research, our skills and the effective altruism community in general. Moreover, the main aim of our work so far has been to open up the possibility of becoming much more influential in the future.