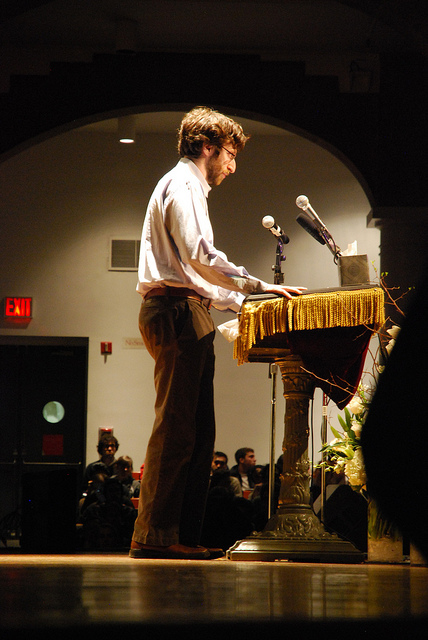 In August 2014, we interviewed Holden Karnofsky, the co-founder of GiveWell, to discuss how the results of the Open Philanthropy (formerly GiveWell Labs) might extend to career choice. In particular, we regard Open Philanthropy as the best available single source of information about which causes are most high priority (for more, see our cause page, and we want to explore how much the results transfer from philanthropists to people picking careers. See our previous interview with Holden.

The interview was carried out in person in GiveWell’s offices and recorded. Below, we list some of the key points and excerpts from the interview edited for clarity, which were reviewed by Holden before publishing.

Key points made by Holden

Excerpts from the interview

Ben: Open Philanthropy (OPP) focuses on finding the best causes for donors. To what extent are the causes prioritised by OPP equally in need of additional human capital as financial capital?

Holden: I think in some ways the two are quite closely related, because when we look at how crowded a space is, we ask who’s working in it, and a lot of what we picture the role of a philanthropist being is to get more people into a field.

Ben: So, if a cause is on your list, that’s a positive sign for someone choosing a career?

Holden: Yes. On the other hand, it feels a little bit weird using our list to tell people what careers to go into. We try to find the causes that really stand out in general. However, I think if you could be a good person in the energy sector, a researcher of some kind, that would be a good thing to do, but that isn’t a cause that does very well according to our criteria.

Our primary asset is money and we think we can have a big impact by finding causes that seem unusually neglected, and trying to bring the attention they get into line with other causes. Whereas, as a person, you might be able to take a cause that’s already crowded and still move it along a great deal because you’re unusually talented or end up having a new insight about the field.

For instance, I think energy and climate change are important enough that I think it’s weird to rate them as ineffective causes from the perspective of career choice, even though they’re low on our list. It has something to do with the fact that dollars are a more limited and blunt tool than human capital, so climate change and energy may be crowded, but they always have room for another good person. Whereas, in our philanthropy we’re trying to think about causes that are not even on the radar, and we’re trying to get anyone working on them.

Ben: So, if a cause isn’t on your list, but you might have good personal fit with it, then don’t rule it out?

Another thing I’d say, if you do find an opportunity to work on one of our top causes, that’s great and I think that’s rarely a bad idea. But they almost feel like they’re at the stage where they don’t have enough people working on them because there isn’t enough money, so it’s going to be hard getting a job in them. Whereas, in a cause like climate change and energy, it seems like the money is there so it’s probably easier to get a job. Overall, I’m not really sure which way that shakes out.

I would say there is a correlation between being funding-constrained and being talent-constrained, but I do feel differently about selecting causes when I’m thinking about them for career choice compared to philanthropy.

Ben: The way I think of it is that most causes have a general ‘resource gap’ – they’re short of everything – but when you subtract out the general gap, being funding-constrained and being constrained by a certain type of human capital are anti-correlated.

So, I suspect OPP’s causes are likely to be good for career seekers (because there’s a general resource gap), but not the best (because they’re somewhat more constrained by money than people). However, I’m not sure how much money vs. people tilt matters compared to the general gap, and in practice, there’s nothing better to go on.

I also agree it’s likely there are causes that you guys won’t rate as high priority but make sense for job seekers.

Holden: It’s also possible that all I’m saying is I just think the meaningfulness of the distinctions between causes that we think are good and uncrowded versus causes we think are good and crowded are probably not enough to dwarf the importance of your degree of personal fit. I would definitely say that a GiveWell recommended cause is something that I think is a good cause to work in if you can, but I would be more hesitant to say that a GiveWell non-recommended cause is a bad cause to work in. Also, because we have to make a short list, there’s only so many things that we can look into.

Ben: While doing research for Open Philanthropy, have you come across any avenues that might look promising for job seekers but you haven’t prioritised as philanthropists?

Anything that’s a really big pressing problem in the world, even if there’s already a lot of people working on it, is probably a good thing to work on and is a good choice for a career.

Ben: When thinking about doing good in the for-profit world, or more generally with your career, what framework would you use?

If you’ve cleared those filters, then ask whether the thing you’re doing is reasonably scalable. You can often look at earnings for a good proxy for this. It’s certainly not right to only look at money, however, because we know that there are jobs that are not compensated enough, but you could almost use status as a proxy for money instead.

Also ask if you’re making peoples lives better in a big picture way, or are you just addressing some tiny part of some tiny thing.

If the answer to those two questions come back positive, I usually feel pretty good. From there I want to say “if you’re good at it, it’s probably really good to be doing that”.

I tend to be pretty forgiving in terms of saying a lot of career paths are good if you’re good at them. That’s obviously my attitude. If you’re at this advanced stage, I think it’s very hard to say what to do without looking at the actual job offers on the table because job offers usually vary quite a bit too.

Ben: How robust is the current list of causes?

Holden: I would say the current list of causes (for the ones we’ve gotten somewhere on, which is global catastrophic risks and political advocacy), by the end of the year it’ll be in a place where it’s pretty unlikely that we’re going to change it anytime soon . That is different from it being robust. What I mean is that it’ll be about as good as we’re going to make it for a while, say at least two to three years. Am I confident we’ll stick with these causes in 10 years? I would say no. But I have trouble predicting beyond the next couple of years.