Michael started his career as a scientist, merchant banker and publisher before becoming a social activist. Since then, he has helped to found over 40 charities and social enterprises, including UnLtd, which has raised an endowment of over £100 million to support thousands of social enterprises. He spoke to us about his career and what he’s learned about making a difference.

What follows are some notes I made based on his presentation. All are paraphrased, and I can’t guarantee they accurately reflect Michael’s views. 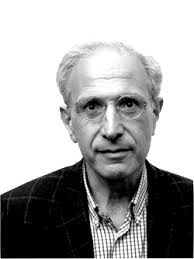 The biggest problem in the world is apathy

Many social problems have solutions, but they’re not being put into practice.

How can overcome apathy?

Michael wrote The Everyday Activist and 365 Ways to Save the World based on this idea.

Work on something fun

If it’s fun you’ll stay involved and you’ll tell others in a way that gets them involved. Don’t act out of guilt or duty.

How to get started making a difference?

Back people not ideas

What next step would you take if starting your career again?