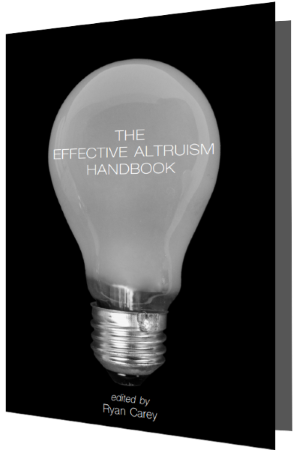 A new Effective Altruism handbook has been released, which features some of 80,000 Hours’ ideas about high impact careers.

This handbook is made up of blog pieces and essays that are freely available online, and has been compiled by Ryan Carey, and released with some assistance from the Centre for Effective Altruism.

It has 24 mini-chapters altogether, split into five sections What is Effective Altruism, Charity Evaluation, Career Choice, Cause Selection and Organizations. Its foreword by Will MacAskill and Peter Singer, is new, as are concluding letters by seven effective altruist organizations. A lot of discussions have gone into deciding which writings are the best for describing the main concepts of effective altruism, so that’s another reason to check it out.

The rest of the essays are freely available online, and were compiled by Ryan Carey with the support of the Centre for Effective Altruism.