In a nutshell: The effective altruism community has lots of talented people who are motivated to work on whichever issues turn out to be most pressing in the future — even if that means switching careers or areas. The community also has potential to grow substantially. Working at an organisation dedicated to growing, shaping, and supporting it — and thereby helping build capacity to address pressing global problems — could therefore be very impactful.

Why might working in effective altruism organisations be high impact?

We think building the effective altruism community is a promising way to build capacity to address pressing global problems in the future. This is because it seems possible that the community will grow a great deal, and it includes people who are willing to switch areas to work on whichever issues turn out to be most urgent in the future — so it’s robust to changes in priorities.

We realise this may seem self-promotional, since 80,000 Hours is itself an effective altruism organisation. However, if we didn’t recommend what we ourselves do, then we’d be contradicting ourselves. We also wouldn’t want everyone to work on this area, since then we’d only build a community and never do anything. But we think recommending it as one of several high-impact paths makes sense.

A key way to contribute to building the effective altruism community is to take a job at one of the organisations in the community. Many of these organisations have a solid track record, are growing, and have significant funding — so a big bottleneck is finding staff who are a good fit. An additional staff member can often grow the community by several additional people each year, effectively multiplying their efforts.

These organisations do a variety of work, such as research, fundraising, and providing community infrastructure. The roles let you develop expertise in effective altruism, top global problem areas, and running startup nonprofits. They put you at the heart of the effective altruism and long-term future communities, letting you build a great network there. Many of the organisations also put a lot of emphasis on personal development.

However, bear in mind that these roles require someone who:

This means if you are a good fit for one of these roles, then you probably won’t be easily replaceable, and taking the role can be very high impact.

It also means that most people are not a good fit for most of these roles. Unless you have strong evidence of your aptitude and fit, you shouldn’t expect to have more than about a five percent chance of landing a specific job. Given that there are usually not many jobs available within these organisations at a given time, you should also plan to apply for jobs in other career paths.

There are a variety of roles available in effective altruism organisations, including: 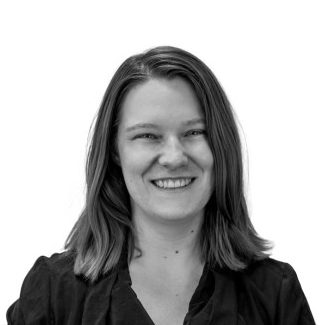 As a teenager, Tara applied to study pharmacy, motivated by a desire to help people by improving their health. After learning about effective altruism through 80,000 Hours, she decided to intern at the Center for Applied Rationality in Berkeley — both to have a bigger direct impact and to build career capital. She was later offered the role of Chief Operating Officer at the Centre for Effective Altruism, and has since become CEO of Lantern Ventures.
Learn more 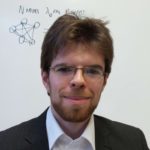 Seán was the Academic Project Manager (and later, Senior Academic Manager) at the Future of Humanity Institute from 2011 to 2015, while its director was focused on writing a book. He played a crucial role in ensuring FHI ran smoothly, more than doubled its funding, co-wrote further successful grants, and helped the organisation grow from five to 16 staff. This experience prepared him to be a key player in founding Cambridge’s Centre for the Study of Existential Risk, and later, the Leverhulme Centre for the Future of Intelligence. Read more… 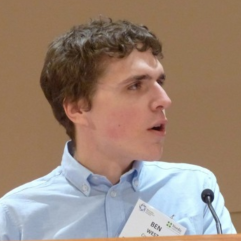 After spending almost a decade at a large healthcare IT company, Ben founded his own healthcare tech company so that he could earn as much as possible and then donate part of his earnings. Later, Ben realised he could have an even larger impact by growing the effective altruism community. He decided to join the Centre for Effective Altruism, where he now uses his technical skills to oversee CEA’s web products — making them more useful for people interested in learning about doing the most good.

Whether you are a good fit to work at an effective altruism organisation depends in large part on the type of role you’re interested in. However, there are some common characteristics the organisations typically look for:

To enter these roles, you can apply directly to the organisations. Organisations often hire people who are already involved in the community, both because commitment to and knowledge of the community are a requirement for many jobs and because it’s easier to evaluate a candidate if you already know their work. So if you want to aim towards these positions, the most important step is to start meeting people in the community, and doing small projects to build your reputation — e.g. writing on the Effective Altruism Forum, volunteering at EA Global, starting a local group, or doing freelance consulting for an organisation. We list more advice in our full profile.

However, because these positions are scarce, you shouldn’t count on getting one. This means it’s important to make sure you’re acquiring career capital that would be relevant to other paths (e.g. a full-time job or graduate school) at the same time as you’re building your reputation within effective altruism. It’s usually not a good idea to commit to this path or build plans that depend on getting one of these jobs before you’ve gotten an offer.

If you want to get a job that puts you in a better position to enter these roles in the future, then do something that lets you develop a concrete skill that’s relevant to one of the role types listed above. Well-run tech startups with 10–100 people are often a good place to learn these skills in a similar context. Alternatively, some effective altruism organisations frequently hire people from our other priority paths. Excelling in any of those paths is a great way to better position yourself for a job at an effective altruism organisation, and could be equally or more impactful on its own.

If you think you might be a good fit for this path and you’re ready to start looking at job opportunities, see our curated list of jobs open in this path: