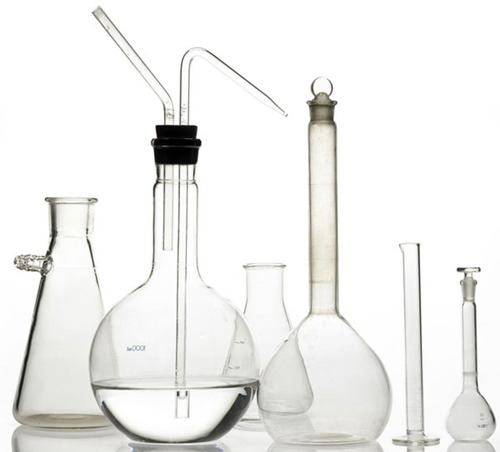 Like many new academics, you want to do important research; research that makes the world a better place. The problem is there’s virtually no guidance out there. All you can do is ask experts in specific fields, while there’s no-one providing an overview of which areas might be best.

We want to change this. We’re building a resource of strategies and ideas for finding high impact research questions, as well as practical information about how to get involved with them. If you would like to get involved, contact us!

In this post, we take a first step and explore how to find research questions that need your talent.

A good research question needs to be both important and in need of more researchers. Building a perpetual motion machine is extremely important – if we could do it, then we’d solve our energy problems – but we have good reason to think it’s impossible, so it’s not worth working on. Similarly, a problem can be important but already hold the attention of many extremely talented researchers, meaning your extra efforts won’t go very far.

Instead, we want to find questions that are important and where one extra person’s efforts can go a long way. What matters is the importance of the problem weighted by the extent to which you can make a difference to the problem.

Finding these questions, however, is difficult. Often, the only way to identify a particularly promising research question is to be an expert in that field! That’s because (when researchers are doing their jobs), they will be taking the most promising opportunities already. The only way for you to have more impact than the average is to have more informed views about what’s important to work on.

Nevertheless, it seems that there are some types of question that tend to get unfairly neglected. So, for someone who prioritises impact, there are special opportunities to uncover. What follows is one way to start narrowing down the huge range of options available.

We suspect that the easiest first step is to look for the plausibly important research questions that are short on talent. (This is similar to Givewell’s new process for finding funding opportunities.) After we’ve got a short-list, the next step will be to make rough estimates of importance.

Often there’s not many people working on a research question, but there’s also a good reason why. True talent gaps arise when people don’t work on a question for bad reasons. Often, they arise because what’s best from a selfish point of view for individuals or organisations diverges from what makes the most impact. This leads to a shortage of researchers going into that field. Individual researchers often optimise their careers in terms of what has the most academic prestige, rather than the most impact. Prestige is often well correlated with impact, but sometimes it diverges. The research agenda is also set by governments and markets, which sometimes fail to focus on making the world a better place. We can probe areas where there’s likely to be a divergence in order to find high impact opportunities.

Here’s some common things to look for (which also apply to finding good causes in general):

There’s no money in it

This can be because the problem mostly affects poor people, people who haven’t been born yet, non-humans, or involves public goods. It means that there’s little incentive for businesses to do research on this problem.

The political incentives are missing

This can happen when the problem hurts poor or otherwise marginalised people, people who tend not to organise politically, people in other countries, people who haven’t been born yet, or non-humans. This means there’s no incentive for governments to tackle this problem.

If people don’t know about a problem (or a solution) then they can’t work on it. This happens often with new solutions/problems, complicated issues, issues that affect poor or otherwise marginalised people, or issues with some taboo attached.

There is some aspect of human irrationality that makes it unattractive

People have systematic biases that sometimes stop them working on important issues. This is particularly bad for problems that are hard to visualise, that are very unlikely, or that affect huge numbers of people.

Some research fields are, fairly or unfairly, less respected. This might be because a field is new or weird. In research, subjects that involve a lot of maths and theoretical work are often regarded as high status. It’s often seen as low-status for a field to be ‘too applied.’ This means that people with strong, theoretical skills can often have more impact by switching into more practical areas.

Some other good rules of thumb:

The number of important discoveries in a field generally increases more slowly than the amount of time invested. This is because the first scientists in an area take the low hanging fruit in terms of impact, and it gets harder and harder from there. Why do scientists not fully take this into account? A major reason is that new fields tend to lack prestige until useful discoveries have been made, so it’s another example of the ‘low status’ rule of thumb. At the same time, it seems possible to keep producing academically impressive work in mature fields (e.g. by doing ever more complex theoretical work) that don’t have as much practical impact as the initial breakthroughs.

In addition, it’s difficult to change field during a career, leading to too many people working on old fields. Linked to this, there could be herding effects. When uncertain about what to do, people look to what others are doing and go with that (obeying the social proof principle).

This all suggests that if two fields are equally important, then the newer one is in greater need of more talent.

Even if people know about a problem and spend lots of resources working on it, the problem may be so huge that you can spend even more. These opportunities can exist for a while despite an area being ‘hot’ because it can take decades to shift new researchers into an area. For instance, there’s lots of information on global health and powerful funders care about it, but the problem is so huge that there is still space to improve things in key areas such as malaria nets and deworming.

If a question doesn’t fit neatly into an academic field, then our existing institutions may tend to under-serve it. New fields and heavily interdisciplinary problems can fall into this category. They can also arise when a topic requires different skills from what’s normal in the discipline. For instance, population ethics belongs to ethics, but it’s much more ‘mathsy’ than what ethicists normally work on.

When we’ve found a potential talent gap, it’s good to check whether this gap exists for a good reason. Ask:

Is there enough funding?

If there’s not enough funding to divert into this field, then it’s going to be difficult to build your career there. This could be an opportunity for Earning to Give instead. Or alternatively, you may need to further the research question more indirectly, by working on something related first to build up prestige, then later transferring funding into this area.

Is the problem intractable?

People might be avoiding this problem because it’s just extremely difficult. Or perhaps progress isn’t possible at all. Ask yourself, ‘if there were progress on this problem, how would we know?’

Now we should have some ideas for research questions that are talent limited in general. The next step is to think which might be particularly in need of your talent.

Research impact is in the tails. The top 0.1% of papers gets 1000 citations compared to the median of about one. This means that your potential for research impact comes mostly from your chances of creating top work in the field.

This means you need to position yourself in fields where you maximise your chances of producing top work. If you don’t know which field is more important, by switching from one in which you’re a median researcher to one in which you’re near the top 10%, you could easily increase your expected impact more than 10 times.

If you position yourself in a field that has a big talent gap, you’ve already done a lot to maximise your chances of producing top work. But what else can you do?

Bring new skills or a new perspective to an important area

Progress often comes in science from bringing the techniques and insights of one field into another. For instance, Kahneman started a revolution in economics by applying findings in psychology to it.

Even a well-studied question can benefit from fresh thinking. Quite often by reading inside a different field, new approaches and methods can be applied to another area, with interesting results. A new technology might be waiting to applied, very usefully, to an old field. Cross-over is an obvious approach but is uncommonly used because researchers tend to be immersed in their own particular microcosmic subject.

Look for areas where you’re better

It’s easy to be a overconfident, so look for objective clues that you’re better than the average researcher in the field.

We need your help to help you!

The next step is to go and find these questions. We’ve got some vague ideas, but there’s a huge amount still to do. If you know anyone with thoughts on where talent gaps might lie, ask them about it, and send the results to [email protected] We’ll put them in our new list of ideas and share them with others.

If you’d like to talk about applying these ideas to your own career, chat to our advisers.