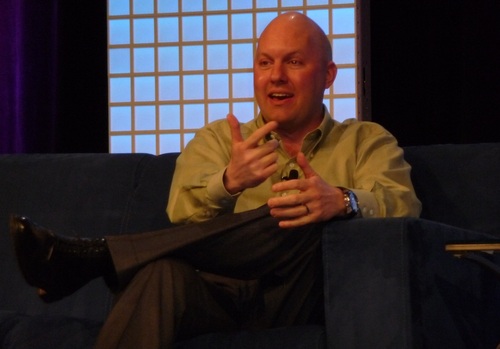 We’re always on the look out for thoughtful careers advice from very successful individuals aimed at people looking to make a big impact – we think it’s one of the best sources of careers advice, and we think these posts qualify. Andressen co-authored Mosaic (the first web browser), founded Netscape, and then led a successful career in venture capital.

The advice is particularly orientated towards people who want to enter the technology industry, which we think is a particularly promising path to social impact.

The posts are here:

Key points made and our comments

1) Do not plan your career because the world is too unpredictable. Rather, focus on developing skills and pursuing the best opportunities open to you.

We agree there are problems with making detailed career plans and that the future is highly unpredictable. Our solution to planning is to focus on high quality evaluation of your opportunities over the next few years, and to otherwise be guided by a broad long-term vision. We may favor slightly more long-term direction than Andreessen, because we think some causes are more promising than others (though he also agrees that some industries are predictably better than others).

We wholeheartedly agree that it’s very important to develop a useful package of skills that will serve you well in a variety of potential paths. More generally, we emphasise building useful skills, useful connections and good credentials, which we call career capital.

2) If you want to make a big impact, be prepared to take on risk

Andreessen thinks that the best opportunities generally involve significant risk, so it’s difficult to have substantial achievements without taking on risk.

We think this is plausible. Some additional evidence is provided by high expected returns from start-ups, set against very high risks. Overall, however, we’re unsure about the extent to which taking on more risk will allow you to have more impact.

3) Assess opportunities in the context of your entire career.

Andreessen explains that people tend not to accept enough risk because they assess opportunities in isolation, neglecting that they can diversify the risk of individual decisions by taking many bets over their careers.

We haven’t come across this bias before, so we don’t put much weight on it. Nevertheless, we think the broad advice to “assess opportunities in the context of your entire career” makes a lot of sense.

4) Early in your career, emphasise building skills and experience, and sacrifice income security.

5) If you’re dissatisfied with your field, leave.

6) It’s normally better to be at the geographical hub of your industry.

We’re aware there’s an economic literature showing that geographical hubs can involve much higher productivity. We’ve also found empirical evidence that Silicon Valley is the best place to be a software engineer. We regard this as a slight update in favor of working in hubs, though we’d like to see more systematic studies.

Andreessen thinks these help you learn how to do something difficult and useful; teach you to think logically and rationally; and signal seriousness to future employers.

We broadly agree with this, and have found evidence that employers prefer STEM degrees. However, it can also be useful to get high grades, especially for academic careers, which means it’s also important to study subjects that motivate you.

Andreessen thinks that the combination of an MBA and engineering undergraduate is particularly valuable, because there’s a shortage of people with strong quantitative skills and business sense. We think this is an interesting idea that we’d like to explore further.

9) Gain as much work experience and do as many internships while at school as possible.

Andreessen thinks that the top levels of success generally come from being the best at something, or being one of the only people with a valuable combination of skills (we’ve found this idea in other places e.g., Cal Newport’s ‘winner takes all’ vs ‘auction’ market distinction). He thinks the second strategy is much easier than the first.

11) The most useful skills to develop are communication, management, sales, finance, and international awareness.

We’ve also thought that communication, management, and sales are among the most useful transferable skills. Finance and international awareness were new, so we’ve updated in favor of considering them.

12) Young people today are hardworking, but may find it difficult to deal with really screwing up.

13) Pick young industries or old industries that are ripe for change.

Andreessen thinks that growth and change in an industry open up more opportunities for an ambitious young person.

Andreessen thinks that working with the best people is the quickest way to learn and come across good opportunities.

15) For development, go to small, high growth companies, and aim to learn how the industry works.

We find his reasons plausible: In high growth companies, you can perform a wider range of tasks; there are more promotion opportunities; you’ll get used to being in a high-energy environment; and if your company grows a lot, it’ll look good on your CV.

He thinks that working at big companies teaches you skills that are mainly applicable to other big companies, and signals that you want to spend your career in big companies. He cautions that start-ups are highly variable in quality, so they are not automatically better for skill building.

16) Build killer skills and experiences at a high-growth company before going to a start-up or starting your own.

This seems to be a point of division in the start-up world. Some people recommend entering start-ups immediately, while others recommend building skills first. We’ll write more about this in a future post.