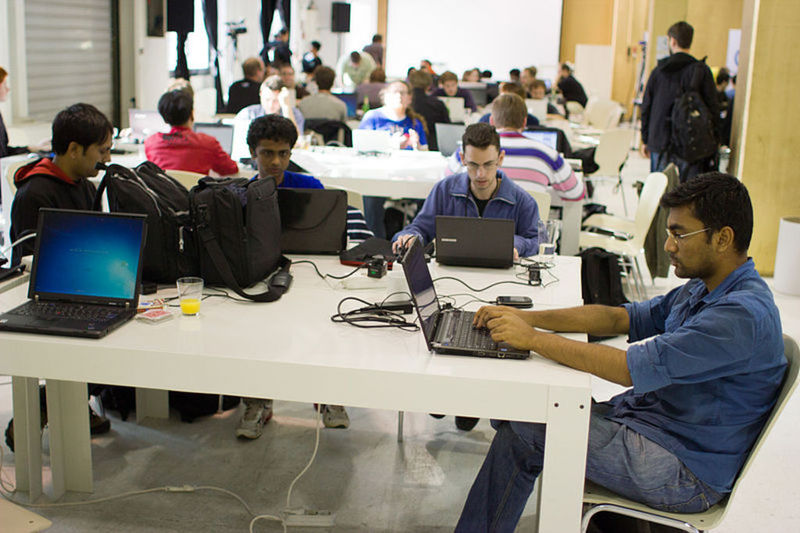 Many thanks to Spencer Greenberg, whose talk “When Startups Help the World” given at the recent Effective Altruism Summit inspired many of the ideas in this post, and motivated much of the upcoming research on entrepreneurship.

One thing you might consider, if you’re aiming to do the most good with your career, is going into entrepreneurship. In this post I’ll summarise our reasons for thinking for-profit entrepreneurship1 is a promising career path for altruists, and outline our plans for research which will form the later parts of this blog series.

I’ll now talk about each of these points in a little more detail.

We’ve made the point previously on the 80k blog that, if your aim is to maximise your earnings to maximise your charitable donations, you might want to consider entrepreneurship. a 2007 study by hall and woodward 2 of thousands of American startups finds the average founding team’s earnings by time of exit are a massive $9 million. This gives us further reason to think entrepreneurship is promising as a high earning career, but how it compares in expectation to salaried careers like finance is still highly uncertain (especially once you take personal factors into account). In particular, this study only looked at teams who had already received VC funding, and we have little idea what an individual’s chances of getting VC funding are. So we’re currently looking into these elements in more detail in order to refine these estimates, and we’ll report our findings in a later post.

Another consideration when comparing entrepreneurship to salaried careers is that it’s a comparatively high-risk strategy. Although expected earnings might be high, the distribution is highly skewed, meaning chances of failure are also high. There are reasons to think this should matter less if your aims are altruistic, but the personal risk may still be off-putting. We’re investigating how best to deal with this problem, and hope to talk more about mitigating the personal risk involved in entrepreneurship in future.

Selling products that help the world

Unlike many typical high-earning careers where your main focus is making as much money as possible, entrepreneurship is also potentially a great way to do good directly. If you can sell a product that improves the life of each person who buys it, and you manage to sell your product to a million people, you’ve done a huge amount of good. Products that make people happier, healthier, better at making decisions or achieving their goals are likely to have a big positive impact on peoples’ lives and the world.

Of course, in practice there are a lot more complicated considerations when thinking about your direct impact. As always when we talk about “making a difference”, it’s important to ask what would have happened otherwise. What would the customer have done with their money if they hadn’t bought your product? Where would the funder’s money have gone? Your impact is only net positive if the product benefits the customer more than what they would have bought instead, and your funding wouldn’t have gone to a better startup. These counterfactuals can get complex, and we’ll discuss these considerations and their implications in more depth later in the series.

As well as the good you can do directly as an entrepreneur by selling products that help the world, there are also likely a number of positive externalities that come from entrepreneurship, which are less immediately obvious. Innovation tends to spur more innovation, by spurring on other innovators productivity and opening up new possibilities. For example, the invention of the first phone allowed thousand of other innovations to bloom: mobile phones, smartphones, apps, and so on. Innovation also likely has more long-run benefits through boosting economic growth. We’d also expect innovation to be a big market failure, so this is a promising area in general.

An extra reason for going into entrepreneurship is that, independent of all of these complexities, it’s a great way to open up future opportunities to have impact. Even if your first startup fails, or you don’t manage to do something revolutionary that changes millions of peoples’ lives, you’ll have learned a huge amount about what works and what doesn’t, and what you can do to improve next time. One of the best ways to learn about how business works is arguably just to try and do things, and get feedback from the real world. Having tried to do a startup and failed also likely looks better on your CV than you might think. And unlike many traditional salaried careers, success in entrepreneurship doesn’t depend on having elite university qualifications, so it’s much more accessible.

“No one will blame you if the startup tanks, so long as you made a serious effort. There may once have been a time when employers would regard that as a mark against you, but they wouldn’t now. I asked managers at big companies, and they all said they’d prefer to hire someone who’d tried to start a startup and failed over someone who’d spent the same time working at a big company.”

Paul Graham, Why to Not Not Start a Startup

Salary or Startup? How do-gooders can gain more from risky careers

Entrepreneurship: a game of poker, not roulette