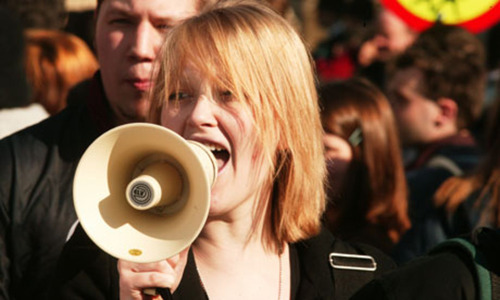 We normally find our coachees benefit from picking a cause as part of their career planning, like global health or mitigating climate change, which they can use to compare their career options. Why?

In this post, we outline four reasons to pick a cause. In our one-on-one coaching, the idea of picking a cause has been something that many people hadn’t heard of, or thought about, and hearing about it has led to some significant career changes.

Note that when we say “pick a cause” we mean make an educated best guess (or perhaps pick 2 or 3 causes you find it difficult to choose between). We don’t mean pick a cause and stick to it for ever. Nothing in career choice is certain, so don’t get hung up on uncertainty. Make a best guess and be prepared to revise it.

In the rest of the post, we overview our reasons for picking a cause:

We’ll also give a couple of other lines of evidence.

What is a cause?

GiveWell makes the following definition of ‘cause’ in the context of finding good donation opportunities:

A set of opportunities such that the people working on them tend to share common knowledge, skills and core values.

Fortunately, these differences in definition don’t seem to make much difference in practice. The causes that GiveWell finds it useful to evaluate when finding donation opportunities are very similar to the causes that are useful to use when planning your career.

As an aside, note that we often also find it useful to think of sub-causes (e.g. ending HIV as part of global health) and overarching super-causes (e.g. scientific research). The distinctions between all of these terms are vague, and we go with whatever is most useful given the context.

Why is it useful to pick a cause?

(1) Picking a cause can increase the impact of your career

The key reason to pick a cause is that it’s a relatively easy way to have much more impact.

It’s not practical to thoroughly work out the social impact of every job, and very little data on the effects of different jobs already exists, so how can we pick the careers in which we make the most difference?

We think that narrowing down your career options by asking whether they let you support a high priority cause is a relatively good first step. That’s because in our judgement: (i) causes differ a great deal in their opportunity for impact, so there’s a lot of value in making better decisions about them. (ii) There has been progress made in prioritising causes (by GiveWell Labs, the Copenhagen Consensus Centre and Centre for Effective Altruism) which you can usefully apply to your career (and we will be helping you to do so over the next two posts).

We don’t explain our full reasoning behind this claim in this post; however, we can give an example of how picking a cause could increase your impact a great deal. There is strong evidence that many developing world health interventions, like distribution of insecticide-treated malaria nets,1 do a great deal to improve people’s lives. In other areas, like large scale social interventions in the developed world, many interventions have no proven impact at all.2 Switching from working on developed world social interventions to global health, could, therefore, increase your impact from near zero to very high.

This is why we think picking a cause can be one of the best steps you can take for increasing the impact of your career.

In addition, picking a cause offers three further benefits.

(2) As a source of direction in building skills and experience

We think it’s important to have some direction to your career, but if too narrow, you risk becoming inflexible, and getting irrationally fixated. To overcome that, we find it useful to have a concrete short-term plan and a vague longer term plan. We call the vague longer-term plan your vision.

One component of your vision is your ultimate values – what you think is fundamentally important in the world. But these are normally too broad and abstract to be useful in making practical career decisions. We’ve found that causes offer a good way to focus your vision. They seem broad enough to avoid inflexibility, but narrow enough to provide useful focus.

The useful balance between breadth and depth arises almost directly from the definition. A cause is a broad group of opportunities (which means it doesn’t cause you to become overly focused on a specific organisation or intervention), but it’s a group of opportunities which is still useful to treat as a whole, because it involves a common knowledge, skills and values. So, it’s not too broad that your career experience won’t build up into a useful body of knowledge.

For instance, supporting the Copenhagen Consensus (CCC) seems like an overly narrow goal for long-term career planning. It may not be long until the CCC uses up its room for more resources or is displaced by another similar organization that seems more promising. Focusing on the CCC could cause narrow framing, and make you miss similar but better opportunities. It would be better to support something a little broader, like prioritisation research. Then you could pursue a range of jobs in this field, and this experience would compound. Working at the CCC could give you highly relevant training for working at the Centre for Effective Altruism or GiveWell, helping you accumulate useful skills and experience more rapidly.

Since supporting a cause involves accumulating knowledge and skills, and its importance often depends on some important value judgements, causes can help you narrow down the most promising careers more quickly. For instance, if you have very strong and demonstrated scientific skills, it may make sense to support a cause that makes use of them.

More usefully, in our experience, considering causes is a quick way to bring the most decision relevant difficult judgement calls to the fore. To give one example, if you think the evidence suggests you should put low moral weight on animal suffering, you probably won’t think supporting the cause of ending factory farming is important (unless you’re doing it for some other indirect reasons). The process of picking a cause, therefore, helps you think through your most crucial values, which can allow you to make a lot of progress in finding the career that allows you to make the most difference according to those values.

There’s a fairly strong evidence base behind goal setting increasing motivation and success (see this post for an overview of the literature). Picking a cause is a type of goal setting, in which you pick a broad, but nevertheless tangible, opportunity to focus your efforts on solving.3

Picking a cause is also similar to picking a ‘vision’ in organisations (one sentence explaining what the organisation has been trying to achieve). Vision setting has also been shown to increase performance by a wide range of studies, in part because it aids in prioritisation and motivation.4

The motivating effect of a cause is shown in our experiences working with coachees. This is just an impression, but it usually seemed to us that the most motivated members of 80,000 Hours have had a cause that they were strongly motivated by.

Why not to pick a cause?

It’s not always important to pick a cause. Here are two situations when it’s less important:

We think it’s often useful to put effort into picking a cause when planning your career. Our main reasons are:

We also think it’s supported by common sense, the choices of GiveWell Labs, our coaching experiences and what other people aiming to make as much difference as possible have found useful.