“Find work you’re good at” is a truism, but we think many people still don’t take it seriously enough.

Finding the option where you have the best chance of excelling over the course of your career — where you have your greatest ‘personal fit’ — is one of the key determinants of your career’s impact. In fact, after initially identifying some promising paths, we think it’s often the most important factor.

The first reason is that in many fields, data suggests that success is distributed unevenly.

This is most pronounced in complex jobs like research or entrepreneurship. A key study of ‘expert performance’ concluded:

A small percentage of the workers in any given domain is responsible for the bulk of the work. Generally, the top 10% of the most prolific elite can be credited with around 50% of all contributions, whereas the bottom 50% of the least productive workers can claim only 15% of the total work, and the most productive contributor is usually about 100 times more prolific than the least.

In the most skewed fields like these, your expected impact is roughly just the value of outsized success multiplied by its probability — from an impact point of view, you can roughly ignore the middling scenarios.

But in most jobs there are still sizable differences in output between, say, the top 20% of performers and the average performers.

It’s unclear how predictable these differences are ahead of time, and people often overstate them. But even if they’re only a little bit predictable, it could matter a great deal — having slightly higher chances of success could result in large increases in impact.

If we also consider you’ll be less replaceable if you’re in the top 30%, the difference in counterfactual impact could be even larger.

The second reason why personal fit is so important is that being successful in almost any field gives you more connections, credibility, and money to direct towards pressing problems — increasing your career capital and leverage.

If you succeed at something, that gives you a reputation and credentials you can use to find future opportunities. You’ll also tend to meet other successful people, improving your connections. And you might gain a platform or money you can use to promote neglected issues. This idea is discussed more in our podcast with Holden Karnofsky.

Being good at your job is also one of the main ingredients of a satisfying job, which helps you stay motivated in addition to being important in itself. It could easily be more satisfying to be in the top 20% of a profession, even if it’s perhaps lower paid or less glamorous than an alternative where you’d be average.

How important is personal fit compared to other factors?

You can think of your degree of personal fit with a career option as a multiplier on how promising that option is in general, such that:1

This means that we often advise people to first identify some high-impact paths, and then choose between them based on their degree of fit with them — especially focusing on those where they might excel.

If you have very low personal fit for a job, it doesn’t matter how impactful the option might be in general — your total impact could end up very low. So it can be worth taking a job that you think is, say, in your second tier for impact, but is a better fit for you.

Although it’s not what we most commonly recommend, it can sometimes even be worth taking jobs that don’t have any direct connection to a particularly impactful path in the short term because of the career capital you might get from excelling in them. Isabelle Boemeke started out as a fashion model, but after speaking to experts who said nuclear energy was needed to tackle climate change (but were afraid to promote it due to its unpopularity), she pivoted to using her social media following to promote it. Becoming a fashion model isn’t normally one of our recommendations, but it could still be the right choice if your fit is high enough.

More generally, since you can have a significant impact in any job by donating, through political advocacy, or being a multiplier on others, simply working hard and being more successful in any path can let you have more impact.

What am I good at?

Academic studies and common sense both suggest that while it’s possible to predict people’s performance in a path to some degree, it’s a difficult endeavour.2 What’s more, there’s not much reason to trust intuitive assessments, or career tests either.3

So what does work?

Here are some questions you can use to make some initial assessments of your fit from several different angles:

Learning to make good predictions is an art, and one that’s very useful if your aim is to do good, so we have an article about how to get better at it.

Many people try to figure out their career from the armchair, but it’s often more useful to go and test things in the real world.

If you have time, the next stage is to identify key uncertainties about your fit, and then investigate those uncertainties.

It’s often possible to find low-cost ways to test out different paths. Start with the lowest-cost ways to gain information first, creating a ‘ladder’ of tests. For example, one such ladder might look like this:

In our planning process, we lead you through the process of identifying key uncertainties for each stage of your career, and then making a plan to investigate them.

If at any point you learn that a path is definitely not for you, then you can end the investigation.

Otherwise, when your best guess about which path is best stops changing, then it’s time to stop doing tests and take a job for a few years. But that is also an experiment, just on a longer time scale — as we discuss in our article on exploration.

Read next:  Career capital: how best to invest in yourself 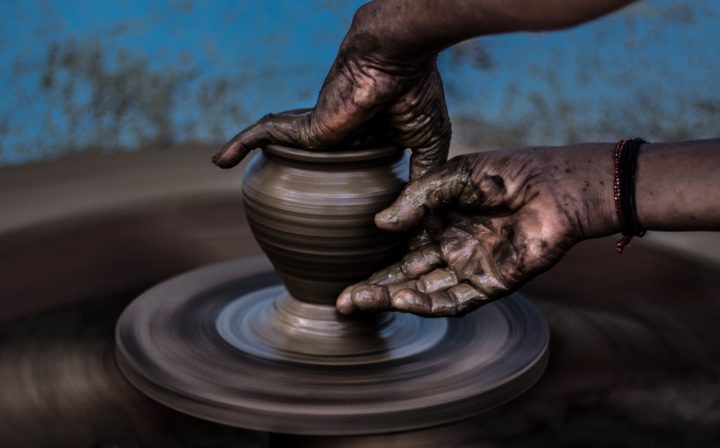 Most people reach their peak productivity at age 40–60, which suggests you can greatly increase your impact by investing in yourself.