In a nutshell: There are many philanthropists interested in donating millions or even billions of dollars to tackle pressing world problems — but there currently aren’t enough grantmakers able to vet funding proposals. Because a randomly chosen proposal has little expected impact, grantmakers can have a large impact by helping philanthropists distinguish promising projects from less promising ones.

Based on a medium-depth investigation

Effective organisations are not easy for donors to find.

Open Philanthropy takes an effective altruism approach to advising philanthropists on where to give. It likely has over $10 billion of committed funds from Dustin Moskovitz and Cari Tuna, and also advises other philanthropists. There are other ‘angel donors’ in the effective altruism community who could give around $1–10 million per year, but aren’t at their maximum level of giving because they haven’t been able to find and vet additional great donation opportunities. We also know a number of other billionaires are excited about effective altruism, and potentially interested in starting new foundations.

One reason these donors don’t give more is a lack of concrete ‘shovel-ready’ opportunities. This is partly due to a lack of qualified leaders able to run projects in the top problem areas (especially to found nonprofits working on research, policy, and community building). But another reason is a lack of grantmakers able to vet these opportunities or generate new projects themselves. A randomly chosen new project in this area likely has little expected impact — there’s some chance it helps and some chance it makes the situation worse — so it’s vital to have grantmakers to distinguish the good projects from the bad.

The skill of grantmaking involves surveying the opportunities available in an area and coming to reasonable judgements about their likelihood of success — and probable impact if they do succeed.

Because grantmakers need detailed knowledge of the area they’re working in, becoming a grantmaker often involves first becoming an excellent generalist in a specific field. For example, if you wanted to end up making grants in AI safety, you could work in technical AI safety, work your way to management at an AI lab, and then perhaps move into grantmaking if that seems like the highest-impact way to go. This isn’t always necessary, but it’s often the best way to get the breadth and depth of knowledge that you need.

All of this makes it incredibly difficult to become a grantmaker, especially early in your career. Open Philanthropy’s last hiring round for research analysts had hundreds of applicants — only 12 of whom got in-person trials, and five of these received job offers.

However, if you are able to get into one of these positions, then you can have a huge impact. A small-scale grantmaker might advise on where several million dollars of donations are given each year. Meanwhile, a grantmaker at a large foundation — typically called a “programme officer” or “programme director” — might oversee $5–40 million in grants per year.

In some situations, effective grantmakers may get good projects started sooner than they otherwise would be. This may increase the total amount of giving by creating capacity before potential donors lose interest.

What’s more, by having more talented grantmakers, the money can be donated more effectively. If you can improve the effectiveness of $10 million per year to a top problem area by 10%, that’s equivalent to donating about $1 million yourself. This is often achievable: grantmakers have significant influence over where the funds go, and there’s a lot of potential in this role:

Overall, we think top grantmakers working in effective altruism can create value equal to millions or even tens of millions of dollars per year in donations to top problem areas, making it one of the highest-impact positions right now.

These positions also offer good career capital, because you’ll make lots of important connections within the top problem areas. This creates opportunities to exit into direct work, government, or policy. You could also switch into operations or management, and have an impact by enabling other grantmakers to be more effective.

One related path is to work as a grantmaker in a foundation that doesn’t explicitly identify with effective altruism, in order to help bring in an effective altruism perspective. The advantage of this path is that it might be easier to add value. However, the downside is that most foundations are not willing to change their focus areas, and we think choice of focus area is the most important decision. Existing foundations also often require significant experience in the area, and sometimes it’s not possible to work from junior positions up to programme officer.

Another related path is philanthropic advising. One advantage of this path is that you can pursue it part-time to build a track record. This also means you could combine it with earning to give and donating your own money, or with advocacy positions that might let you meet potential philanthropists. We’ve seen several people give informal advice to philanthropists, or be given regranting funds to donate on their behalf.

A third related path is to work at a government agency that funds relevant research, such as IARPA, DARPA, or NIH. Grantmakers in these agencies often oversee larger pools of funding than those at foundations, but they also face more restrictions on where it can go. They also often require a PhD.

Finally, since grantmaking often comes after working in a field for several years, continuing to shape your field through research, management, entrepreneurship, and mentorship are all viable related ways to use your skills. 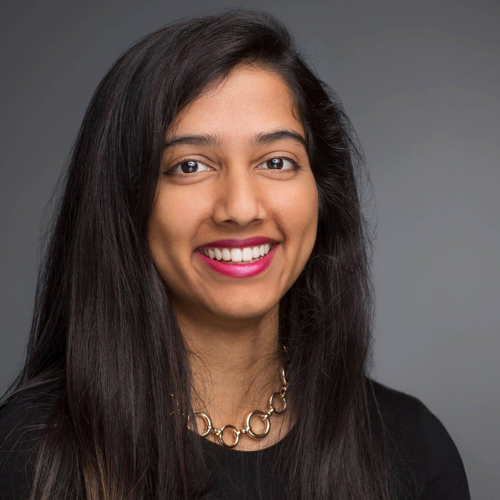 This position requires a well-rounded skillset. You need to be analytical, but also able to meet and build relationships with lots of people in your problem area of focus.

You’ll also need excellent generalist knowledge in the field in which you want to make grants. This list from Ollie Base (lightly edited for clarity) captures the most important elements:

You will also need to have a track record with the following (or at least be interested in learning these skills):

To assess your potential fit for this position, ask yourself:

Another useful exercise is to look at grant writeups and payout reports (like those written by the Effective Altruism Infrastructure Fund and the Long-Term Future Fund), and ask yourself how you’d feel about evaluating some of the grants that were made. Try to come up with specific questions you’d ask the grantees if you were to evaluate them for a followup grant, or if you wanted to evaluate the impact of the grant.

A common entry route is to first pursue work in the problem area where you want to make grants — perhaps in nonprofits, policy, or research — in order to build up expertise and connections in the area. For instance, Open Philanthropy hired Lewis Bollard to work on factory farming grants after he was Policy Advisor & International Liaison to the CEO at The Humane Society of the United States, one of the leading organisations in the area.

Another more difficult entry route is to take a junior position (such as a research analyst) at one of these foundations, then work your way up to being a grantmaker. There aren’t many of these roles, and foundations often have a very high bar for who they hire.

A third option is to build up a track record of grantmaking. You could start by writing up your thoughts about where to give your own money on the Effective Altruism Forum. From there, you might be able to start providing part-time philanthropic advice, and then work up to joining a foundation or having a regranting pool (funds given to you by another donor to allocate). However, we expect that it will be very difficult to end up as a grantmaker through this sort of experience alone — if you follow this route, you should also try to build up extensive knowledge of and experience in your focus area.

Working as support or research staff for an effective grantmaker is also high impact, so that’s a good backup option if you pursue the routes above but don’t end up getting a grantmaker position.

Find jobs as a grantmaker

If you think you might be a good fit for this path, see our curated list of job opportunities on our job board, and look for jobs at the organisations listed above.