Government is often the most important force in addressing pressing global problems, and there are many positions that seem to offer a good network and a great deal of influence relative to how competitive they are. 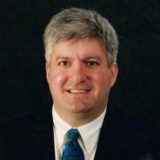 Tom studied political science and international economics, and then took a volunteer role on a US presidential campaign. This led to further opportunities that snowballed into a long career in policy. While serving in the Clinton and Obama White House, he helped to design and launch national initiatives to foster the development of the internet, nanotechnology, and cutting-edge brain modeling.
Read more

In this category, we usually recommend that people aim to develop expertise in an area relevant to one of our priority problems and then take any government or policy job where you can help to improve policy relevant to that problem. Another option is to first develop policy relevant career capital (perhaps by working in a generalist policy job) and then use the skills and experience you’ve developed to work on a high-priority problem later in your career.

If you’re a US citizen, working on US federal policy can be particularly valuable because the US federal government is so large and has so much influence over many of our priority problems. People whose career goal is to influence the US federal government often switch between many different types of roles as they advance. In the US, many types of roles that can lead to a big impact on our priority problems fit into one of the following four categories. (We focus on the US here because of its influence. We think working in policy can also be quite valuable in other countries, although the potential career paths look slightly different.)

In the UK, the options are similar. One difference is that there is more separation between political careers and careers in the civil service (which is the equivalent of the executive branch). A second difference is that the UK Ministry of Defence has less power in government than the US Defense Department does. This means that roles outside of national security are comparatively more influential in the UK than in the US. Read more in our profiles on UK civil service careers and UK party political careers. (Both are unfortunately somewhat out of date but still provide useful information.)

People also often start policy careers by doing graduate studies in an area that’s relevant to the type of policy you want to work on. In the US, it’s also common to enter from law school, a master of public policy, or a career in business. 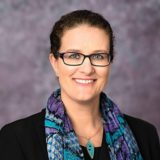 Beth is the Nuclear Threat Initiative’s vice president for global biological policy and programs. She has years of experience preparing for and fighting major diseases, on the White House Ebola Taskforce, in the National Security Council staff, and as the senior advisor to the Assistant Secretary of Defense for Nuclear, Chemical and Biological Defense Programs.
Read more

Some especially relevant areas of policy expertise to gain and work within include: technology policy; security studies; international relations, especially China-West relations; and public health with a focus on pandemics and bioterrorism.

There are many government positions that require a wide range of skill types, so there should be some options in this category for nearly everyone. For instance, think tank roles involve more analytical skills (though more applied than the pure research pathway), while more political positions require relatively good social skills. Some positions are very intense and competitive, while many government positions offer reasonable work-life balance and some don’t have very tough entry conditions.

See these 50 potential policy or research projects aimed at a few of our priority problems for a flavour of what you might be able to pursue in a policy role.