After Rosa Parks was arrested for refusing to give up her seat on the bus to a white man, she and the NAACP used widely distributed fliers to launch a total boycott of buses in a city with 40,000 African Americans, while simultaneously pushing forward with legal action. This led to major progress for civil rights.

Many of the highest-impact people in history have been communicators and advocates of one kind or another.

Take Rosa Parks, who in 1955 refused to give up her seat to a white man on a bus, sparking a protest which led to a Supreme Court ruling that segregated buses were unconstitutional. Parks was a seamstress in her day job, but in her spare time she was involved with the civil rights movement. After she was arrested, she and the NAACP used widely distributed fliers to launch a total boycott of buses in a city with 40,000 African Americans, while simultaneously pushing forward with legal action. This led to major progress for civil rights.

Communication can be aimed at a broad audience (like in Parks’s case) or a narrow influential group. This means there are also many examples of important communicators you’ve never heard of, like Viktor Zhdanov.

In the 20th century, smallpox killed around 400 million people — far more than died in all the century’s wars and political famines.

Although credit for the elimination often goes to D.A. Henderson (who directly oversaw the programme), it was Viktor Zhdanov who lobbied the WHO to start the elimination campaign in the first place — while facing significant opposition from the members of the World Health Assembly (the proposal passed by just two votes). Without his involvement, smallpox’s elimination probably would not have happened until much later, costing millions of lives, and possibly not at all.

So why has communicating important ideas sometimes been so effective?

Why can communication careers be high impact?

Communication is one of our key categories of high-impact careers.1 Why do we recommend it?

First, communication is a route to leverage. Ideas can spread quickly, so communication is a way for a small group of people to have a large effect on a problem. Ideas also stick around once they’re out there, meaning your impact persists.

If you can mobilise two people to support an issue, that’s potentially twice as impactful as working on it yourself.

Technology has magnified these effects even further. More than ever before, normal people can launch a social movement, lobby a government, start a campaign that influences public opinion, or just persuade their friends to take up a cause. When successful, these efforts can have a lasting impact on a problem that goes far beyond what the advocates could have achieved directly.

Second, spreading important ideas in a concerted, strategic way is neglected. This is because there’s usually no commercial incentive to spread socially important ideas (and in fact, the commercial incentives are to spread the most outrageous ideas, so you can sell advertising on the clicks). Moreover, the ideas that are most impactful to spread are those that aren’t yet widely accepted. Standing up to the status quo is uncomfortable, and it can take decades for opinion to shift. This means there’s also little personal incentive to stand up for them.

For a related reason, we think communication careers can often be better than earning to give. One reason for this is that nearly everyone wants more money, so there’s a lot of competition for high-earning jobs. There’s a lot less competition to spread important but neglected ideas for the reasons we just discussed. That suggests it should be easier for many people to influence more money by spreading good ideas than they could donate — especially for those with an aptitude for communication.

Communication is an area where the most successful efforts do far more than the typical efforts. The most successful communicators influence millions of people, while others might struggle to persuade more than a few friends. This means that it’s a high-risk strategy, in the sense that your efforts might very well come to nothing. But it’s also high reward, and if you’re an especially good fit for communication, it might well be the best thing you can do. (Read about why we think more people should dream big if they want to do good.)

We think there are many high-leverage opportunities to use communications skills to help address the global problems we’re focused on today.

The problems we highlight are unusually neglected, so often few people work on them or even know they’re problems. This means that simply telling people about these problems (and effective solutions to them) can be high impact, by increasing the number of talented people who might want to help. (Indeed, that’s part of our own strategy for impact!)

Spreading important ideas like those above might not only have immediate benefits in terms of getting more people to work on these issues — it also helps to advance society’s understanding of these ideas, moving the discourse forward, making important ideas more mainstream, and eventually shaping policy and social norms.

You can see more information on the best solutions to the global problems we focus on in our problem profiles.

A word of warning: it seems fairly easy to accidentally do harm if you promote mistaken ideas, promote good ideas in a way that turns people off (e.g. by being sensationalistic or dishonest), or draw people’s attention away from even more important issues. So career paths within this category that are relatively autonomous may require especially good judgement about which ideas to communicate and how to best communicate them.

What do communication careers involve?

Some jobs make communication their central focus, such as:

But it’s also possible to spread ideas in any job by:

You can also do communication as a side project. For example:

It’s possible to have a lot of impact by taking a normal, stable job which gives you space to pursue projects like these on the side.

This said, some careers put you in a better position to spread important ideas than others, especially those that:

We haven’t worked with Ariana, but we have worked with an Olympic tennis player, Marcus Daniell. He decided to use his position — and especially his connections — to set up High Impact Athletes, which encourages professional athletes to pledge a fraction of any prize money they win to high-impact charities.

Communication also doesn’t need to be nonfiction. For example, Eliezer Yudkowsky’s Harry Potter and the Methods of Rationality popularised ideas about the importance of agency and how common biases affect our ability to make good decisions.

The specific skills, qualifications, and approaches each communication career involves will depend on the audience you’re trying to influence. For example:

How a communication career evolves over time

We talk more about how to get started below. 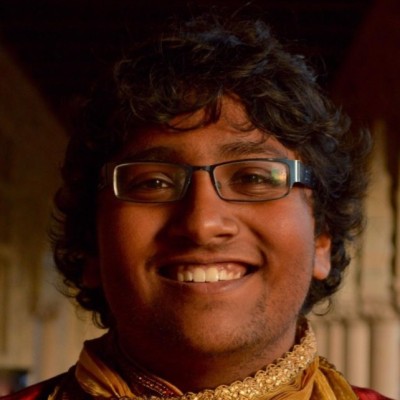 Kuhan realised that his position as a student at Stanford gave him a great platform to spread important ideas. He helped start the Stanford Existential Risk Initiative, which has helped hundreds of people learn about existential threats. 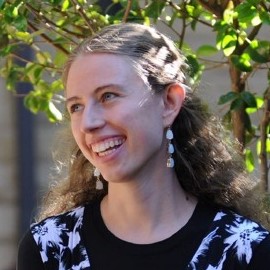 Kelsey developed her writing skills through years of blogging. This prepared her well to become a staff writer for Vox’s Future Perfect, which covers topics related to effective altruism.
Learn more Julia worked as an independent journalist, gaining experience as a writer for broad audiences, before joining the Center for Applied Rationality. While there, she began building a platform as producer of the podcast Rationally Speaking, as well as a large Twitter following. She recently published The Scout Mindset, which has helped popularise ideas around improving human judgement.
Learn more 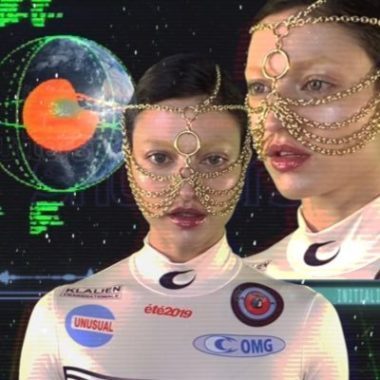 Isabelle started out as a fashion model, but after speaking to experts who said nuclear energy was needed to tackle climate change (but were afraid to promote it due to its unpopularity), she pivoted to using her social media following to promote it.

How to know if you might be a good fit

Some early signs you should consider focusing on a communication career include:

Once you’ve started exploring communication career paths, you’ll want to ask yourself: ”How generally successful am I by the standards of the communication track I’m on?”

For instance, if you’re trying to become a journalist, are you on track to land a job after several years of trying?

If you’re focusing on independent work, some good signs that you’re on the right track are:

It’s hard to generalise about what levels of following are ‘good’ at different stages. Here are some extremely rough guides for what might be promising after 2–4 years for different media:

As a reminder: you don’t necessarily need to be writing about important issues at the early stages of this career — what matters is that you will bring in more of these issues in the future.

How to get started in communication careers

Find a job in this path

Filter our job board by ‘Outreach’ to find jobs in this category:

If you’d like to pursue this type of career, there is more and more funding available. Some sources to consider:

Want more individualised advice before diving in? There’s a lot more to be said about:

Get in touch with our one-on-one team, and we may also be able to introduce you to people in these paths.

All our career reviews relevant to communication careers

Some of the best resources we’ve found: