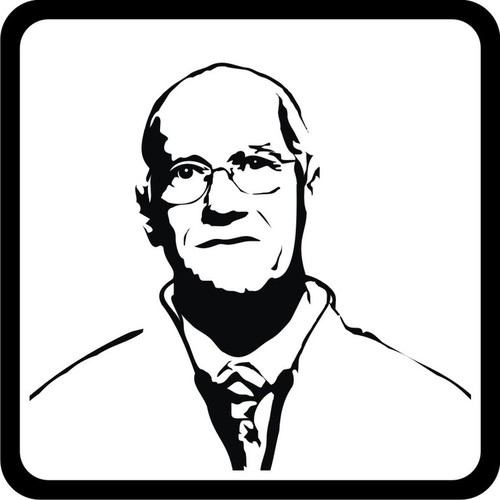 In the last post we showed that by becoming a doctor, assuming doctors are equally skilled, I would save 600-920 QALYs, with my best guess at 760 QALYs. That’s roughly equivalent to saving 25 lives.

But even this is too generous. If I become a doctor, I won’t increase the total number of doctors by one. The NHS has a limited budget, so it can’t just hire every qualified person who applies; medical schools have limited places by law, and there are more applicants who are ‘good enough’ than there are places. If I become a doctor, then I’ve just displaced someone else who would have taken the job.

If we also assume that doctors are equally skilled, then by becoming a doctor you’d have zero impact. You’d simply displace someone equally good. Fortunately, it’s not as bad as this. First, doctors are clearly not equally skilled (as we’ll look at later). But more importantly, by becoming a doctor, you do, in one sense, increase the number of doctors.

If I become willing to work as a doctor, then I increase the supply of doctors. If more people are willing to be doctors, then the NHS can slightly decrease the wages for doctors (1). If the wages are slightly lower, the budget can be used to hire slightly more doctors.

How this all balances out is studied by economists. If the labour market for doctors is in equilibrium, then increasing the supply of doctors by one doctor, will probably increase the number of doctors by about 0.6 (2). In other words, if 10 new qualified people become willing to be doctors, then we’d expect 6 new positions to be created, and only 4 people who would have been doctors to fail to get a job (or a place at medical school). This means the impact of becoming a doctor is only 60% of our current estimate, i.e. about 450 QALYs.

Finally, we have to correct this figure for the fact the doctors are not equally skilled. By becoming a doctor, you’ll change the average skill level, and this effect adjusts our impact upwards. When several people attempt to become doctors, the NHS attempts to select the best ones. This means that if you become a doctor, the 0.4 doctors you’d expect to displace from the pool should be less skillful. So, you’ll increase the average skill level. In the next section, I’ll try to put an estimate on this factor. It’s a little technical, so skip ahead to the summary if you don’t want the details.

In an ideal world, as someone enters medicine the NHS would replace the worst doctors in the pool. So, by becoming a doctor, your effect on the pool would be to remove the worst 0.4 of a doctor and replace them with yourself. The worst doctor is likely to have zero output. So, now let’s assume I’m an average doctor. If we add 10 doctors like myself, and lose 4 with zero output, then we’ve effectively gained 10 doctors of average output. So, we have to add another 4 doctors to our earlier estimate of 6. So then the supply-demand correction factor is cancelled out, and you have 100% of the impact of a marginal doctor.

This could easily be an underestimate. The worst doctor is likely to have negative impact. That’s not because they’re likely to directly do more harm than good, but because they might hamper the effectiveness of lots of team mates. In fact, if there are about 200,000 doctors, there’s reason to expect the worst to roughly counteract the good done by an average doctor i.e. to have an output of ‘-1’ marginal doctors (3). That would mean the by becoming an average doctor I’d displace harmful doctors, doing more good than our previous estimate. In fact in this case, the skill level effect would add another 0.8 doctors worth of impact (3).

Unfortunately, the idea that I’ll knock out the worst doctor is a large idealisation. In reality, selection processes are not perfect. Moreover, there’s not always mechanisms to select across the entire NHS, and there’s limits on who can be made redundant. So, it’s very unlikely I’ll knock out the worst doctor, which means the correction we’ve just worked out is an upper bound.

It’s difficult to see how to estimate the efficiency of the NHS’s selection procedures. But let’s suppose, to get a rough idea, that instead of knocking out the worst doctor, I knock out doctors in the bottom decile. If you’re an average doctor, then your output is probably more than 80% higher than the bottom decile. Then the correction factor is about 0.2 additional doctors worth of impact (5). This is a very rough estimate, but it’s bounded between 0 and 0.8. Zero is the case when the NHS is unable to select according to ability at all.

If you’re a top-decile doctor instead of an average one, then the correction factor would be about 1. (The bounding range would be 0.8 to 1.6)

Also note that I’ve effectively assumed that doctor skill is uncorrelated with the potential of their position to create health benefits: on my model so far, a top decile doctor would have as much excess impact whether a GP, cardiothoracic surgeon, public health doctor or whatever else. Normally, the highest skilled people get put into the positions with the highest potential for impact (at least insofar as the selection process is efficient). It’s not clear this holds to a large extent in medicine. The most effective activities of the NHS are often unsexy areas like providing vaccines or management. The most skilled doctors might be placed in the most difficult areas, rather than those with the highest effectiveness. Further, many doctors don’t seem to seek to maximise their impact in job selection – there isn’t even publicly available information to help doctors do this. So, my assumption could be reasonable. If this is the case, then there could be opportunities for skilled, altruistically motivated doctors to seek out the positions with the most potential for impact.

If there was a tendency for the highest ability people to be put into the most effective positions, then it would increase the impact of becoming a doctor, especially for highly skilled doctors, because the impact of their additional skills would be better leveraged. This correction seems likely to be significantly less than a factor of 2. (6)

Summary – how much good do doctors really do?

So we’ve now got a much better estimate of how big a difference I will make working as a doctor: around 600 QALYs, or around 20 lives – one every two-and-a-bit years or so of my career. Giving 10% of my salary to effective causes that fight global poverty will add around 18 800 QALYs, a health impact about 30 times higher than what I do directly in my work.

I think my 17-year-old self would find that pretty galling. He’d signed up to medicine to save loads of lives, and he’d find it a bit of a downer to see this his entire medical career would likely do as much good as a £10 000 donation to the right charity. But that would be the wrong way of looking at things: instead, he should see that saving 17 lives is a vast amount of good, and being able to do 30 times more good on top of that is awesome.

It should also brighten up everyone else’s day too. One does not have to be a doctor or an aid worker or any other ‘archetypally moral’ career to make a vast difference; it is within reach of most people in the developed world. So let’s do it.

(1) It might be easier to see the other way round. Imagine that tomorrow lots of doctors decided they didn’t want to be doctors anymore. In response, the NHS would increase wages and try to tempt them back.

This analysis only applies to the extent that the market for doctors can reach equilibrium. It’s not likely to be in equilibrium due to distorting factors like regulated wages and medical education caps, but it’s not obvious how this affects the figure. If someone has better estimates of labour elasticities for doctors, I would be very interested in seeing them.

(3) Assume that the ability of doctors is a random variable, X, that’s normally distributed. The population of doctors is a sample of size ‘n’ from X. If n > 10,000, then the expected minimum and maximum value of the sample can be given, to a very high degree of approximation by:

(6) We’ve also ignored the tendency to pay worse doctors less. In a perfectly efficient market, you would be paid exactly in proportion to your ability to produce value. So if you were replaced by less skillful doctors, they would be able to pay for more of them to make up for the gap. In practice, this is a long way from the truth. Doctors salaries vary much less than their differences in output, and moreover, are highly regulated.