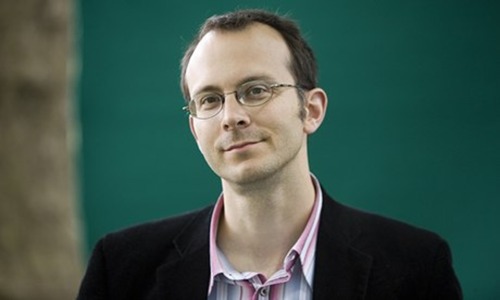 Tim Harford recently spoke to us at Oxford. He’s a journalist for the Financial Times and the best-selling author of the Undercover Economist, which we’d recommend as a popular introduction to Economics. He also wrote Adapt, which argues that trial and error is the best strategy for solving important global problems. The arguments he makes fit with some of the arguments we have made for trial and error being a good way to plan your career.

Tim gave a talk on innovation, similar to this. The talk introduced a distinction between two types of innovation, and asks, which one is more important?

For instance, developing the Fosbury Flop was a revolutionary improvement for the high jump. Testing out different diet regimes for athletes or different ways of running up to the bar would yield marginal improvements.

If you’re aiming to maximise your impact, which type of innovation should you aim to do?

Tim introduced some reasons that revolutionary improvements can be neglected:

On the other hand, revolutionary improvements could receive over-investment because:

Where does it all balance out? Should members of 80,000 Hours seek out long-shots with the aim of revolutionary improvements, or stick to marginal gains? We think it’s difficult to give a general rule of thumb. Rather, we need to examine individual domains to decide which strategy is most promising. Long-shots look best in domains which are dominated by risk-averse institutions and where there’s insufficient government action.

Ideally, we can find empirical data to test the two strategies. Tim mentioned a study1 comparing medical research funding from the the Howard Hughes Medical Institute (HHMI) and National Institute of Health. You can see a media summary of the study here.

The HHMI investigator program grants are more aimed at fostering long-shots e.g. the funder is longer term, more flexible and backs individuals rather than rigid proposals. The National Institute of Health provides funding via RO1 grants. These are relatively focused on reducing the chances of failure. The funding is for proposals rather than individuals and has shorter review cycles which are less forgiving of failure. The study found that recipients of HHMI funding submitted papers that were 35% more likely to fail to get published, but twice as likely to produce in paper in the top 1% by citations

This is some evidence to suggest that within medical research, working on revolutionary long-shots may offer higher returns. In the last few months, the NIH has moved to provide more HHMI style grants. Unfortunately empirical research comparing the two strategies is rarely available.

Tim concluded by saying that ultimately both types of innovation are important and should be supported. Looking at simple models like the multi-armed bandit suggests that the optimal strategy for society is lots of marginal innovation with some long-shots thrown in to prevent ending up in a local optimum.

Aside: are we short of entrepreneurs?

These arguments also apply to the issue of whether we need more social entrepreneurs. If the social sector is risk-averse, doesn’t reward failure and is short of government action, then we might expect working on entrepreneurial projects (which are typically long-shots) to have higher expected returns.

Likewise, can for-profit entrepreneurs be expected to earn more than salaried employees? We’d expect people to be somewhat risk-averse, which might create an opportunity for someone more risk-neutral to earn extra returns. On the other hand, if enough people are irrationally overconfident and risk-loving, and governments aim to subsidise startups, then the earnings of entrepreneurs might not be higher on average.

Overall, we’re unclear how it balances out, which means we need to turn to an empirical investigation of the financial returns to entrepreneurship. With social entrepreneurship, our guess is that it’s neglected, but again, we’re highly uncertain and want to do a more in-depth investigation.

Thank you to Avi Roy for help with this article.