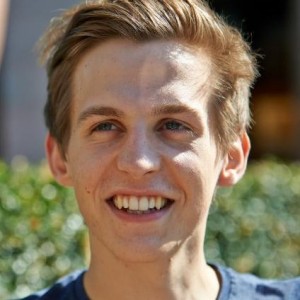 Are you interested in doing something like App Academy to learn to program, but in the UK? Makers Academy is often thought to be the best option, and we’ve had good reports from one of our members. But it costs £8,000. What about doing something similar for free?

In this interview, Ben Clifford – another member who changed his career due to 80,000 Hours – tells us about a free alternative called Founders and Coders. Ben recently went through the course, and is currently working at a startup in London.

If interested, you can apply here. The deadline for the next round is on Friday.

I got very interested in solving problems through tech entreprenuership as a way to have impact. I started experimenting with ideas in a very low tech way and realised there was a limit with what I could test without being able to code myself. I decided I would dedicate 2-3 months to get good at coding motivated mainly by being able to test ideas, but also as a way to explore software development as a career path. My initial plan was to work my way through The Odin Project (as recommended on Peter Hurford’s blog) full time with a friend to keep motivation. I then discovered and applied to two free coding courses – Founders and Coders, as well as Code Craft, a course which leads into a job at the Funding Circle tech team. I took on the place I was offered at Founders and Coders.

Was it better than teaching myself?

I think there are two main reasons learning to code by yourself is hard. First, it’s difficult to set aside enough time to do it and second, it’s hard to sustain the motivation to keep going when you come across conceptually challenging ideas or annoying bugs. Having a structured course with deadlines tackles the former problem. The more valuable thing Founders and Coders provided was the motivation to keep going and the help to get to the right answer faster.

The aim is to make people full stack javascript developers. That means learning HTML, CSS, Javascript and Angular.js on the front end and Node.js and Hapi framework on the backend. You’ll also learn source control and agile practices which are useful to know about for jobs in software development.

How you’ll learn it

You’ll be put into four teams of four. Each week you’re given a project that you need to complete by the end of the week. You learn by googling until you find the answer and asking other people. You can also get help from teaching staff, but their resources are limited. From my perspective this works well; a lot of programming is about googling until you find the answer, so being in an environment when you’re forced to learn for yourself is actually very valuable.

This may be a different format in the next course. The main change will be that the program is 16 weeks rather than 8 weeks. The first 8 weeks will follow a similar structure to the September course and the last 8 weeks will consist of doing projects for real clients.

How hard was it?

It can be conceptually challenging, every week I felt overwhelmed by the amount to learn in the time constraints but I also found this a lot of fun. If you put in the hours and you’re reasonably smart I don’t think there’s anything which you won’t be able to understand. The application does very little to test technical competency and almost everyone got their heads around the work pretty quickly.

How good do you have to be to get on?

More important than technical competency is motivation to work hard and commitment to getting good enough to become a software developer. It’s also worth mentioning that Dan, who runs the course, is motivated by social issues. He would much prefer to teach socially motivated people, so talk about your motivations explicitly when you apply.

Job prospects are probably worse in this course than others, in that the course has comparatively less connections with employers. This biggest advantage of other courses is that they have a better track record of getting people into jobs. However, my feeling is that if you are determined enough to get a job the demand is high enough for software developers that you’re likely to get one. Other than this I find it hard to imagine how the content of other courses could be much better than at Founders and Coders.

Of the last cohort of 15 people, 12 people decided to stay in the space and work on freelance projects – this isn’t yet lucrative, but a way to continue learning. Of the rest, two out of the 15 people who took the last course have got software development jobs and I have taken a non-technical job at a startup. My feeling is that the people who have really pushed for it and taken applying for jobs seriously have got them; the majority have stayed in the space because they wanted to.

I decided to take a non-technical job as employee number three at an early stage startup after the course had finished. I took this because it seemed like a good opportunity for career development in terms of skills and network. There’s opportunity to gain responsibility over an area like product within a couple of months and I think the person behind the project is impressive and has a extensive network.

I want to be in a position to start a tech startup in the near future (2-5 years) or earn to give in another tech job. For this reason I’m both concerned with improving technical skills and taking opportunities to learn from great people and expand my network.

The application deadline for the January course is Friday 12th December; you can apply here. The program will also run in May and September in 2015.

I’m happy to be contacted if anyone has further questions about the course: mailto:[email protected].