The 80,000 Hours community is involved with many different causes – from scientific research to social justice – but there are four big (rather ambitious!) causes that have, so far, gathered the most support.

These are the four big challenges our community has set itself. They are all huge, but they also seem especially solvable, or especially neglected, and this means working within them offers the opportunity to make huge difference over the coming decades. 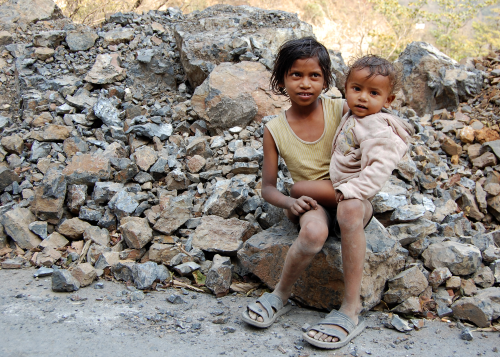 But this can be solved. The number of people in poverty is going down rapidly. Some project that by 2030 it may only take $20bn per year to bring everyone in the world above the $1.25 poverty line3 – only 0.5% of the US Federal government’s budget.4

In the meantime, there are many cheap, effective and evidence-backed interventions that can do a lot of good, including malaria net distribution, cash-transfers and mass deworming. By furthering these through donations, campaigning or directly working in a charity, anyone can make a big difference.

There are other policy reforms that could also have a huge impact, such as trade reform and increased international migration

Want to learn more and take action? Join Giving What We Can. Also, see our career profile on founding non-profits focused on global poverty. 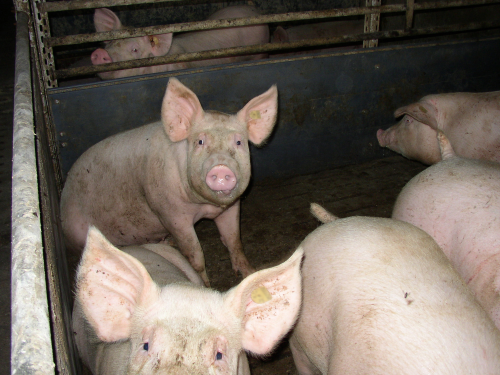 Animal suffering matters, and its scale is immense. Each year, over 9 billion farm animals are killed for food, and most are raised in appalling conditions.5

Data shows that the interests of animals are neglected even within the field of philanthropy. Only 3% of US charitable donations go towards “environment/animals”.6 Furthermore, nearly all of the money directed towards animal causes is spent on shelters.7 By contrast, billions of animals are killed in factory farms each year, and yet only several tens of millions of dollars is focused on advocacy for factory farm animals.

This means that you’d expect there to be high-impact ways to make a difference to this cause. For starters, giving up factory farmed food could already avoid the suffering of hundreds of animals. And beyond your own personal habits, there’s evidence that campaigning for veganism could be an effective way to reduce the consumption of factory farmed meat. Longer term, the development of quality meat substitutes holds the promise of ending factory farming for good.

If you want to find out more about the most effective ways to end factory farming, visit Animal Charity Evaluators. To get involved in a community working on this issue, go to this Facebook group.

Societies and governments find it difficult to deal with the threat of low-risk, high-impact catastrophes, especially when they’re global in scale and haven’t occurred before. But preventing a catastrophe, and ensuring the long-term development of civilization, might be one of the most important things we can do.

For this reason, work to mitigate “catastrophic risks” is critical. Examples include protection from biological threats, nuclear threats, and run-away climate change.

Recently, more and more people have been coming round to the idea that the most important field on which to focus is the risk of dangerous artificial intelligence. Elon Musk, Stephen Hawking and Bill Gates have all recently given public support to this cause.

Artificial intelligence might not be the most immediately pressing issue. But compared to the other risks listed, it has the potential to be especially dangerous, and at the moment it is one of the most neglected.

Currently, there are only a handful of researchers and a couple of million dollars of funding dedicated to mitigating the risks of artificial intelligence. This compares to tens of thousands of computer science researchers working on making machines more powerful and more autonomous.

Furthering this research program, and investigating further measures such as regulation, could therefore be an opportunity to have an especially large impact.

If you want to find out more about why this cause matters, here’s a popular introduction. You can find more detail in Nick Bostrom’s book, “Superintelligence”. If you want to help with this cause, see our guide.

4. Work out how to make the greatest impact 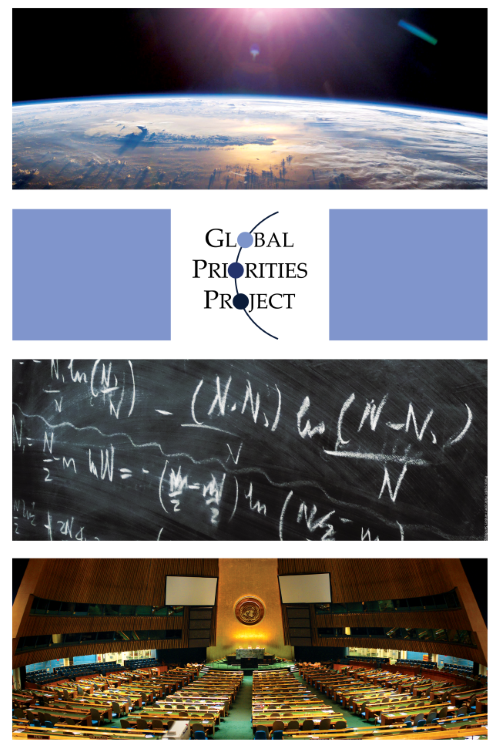 Which other causes should be on this list? Over the last decade, various organisations, from The Gates Foundation to J-PAL, have started to make serious, evidence-driven attempts to work out the best ways to further human and animal welfare. We’ve learned a lot through this effort, but there’s still plenty more to be learned, and in many ways, the movement is only just taking off. By continuing to invest in improving our methodology, investigating more interventions and building a community around this research, we can uncover even higher-impact ways to make a difference.

Find out more about this cause.

See a list of organisations working in this area.

The causes above are not settled and not everyone in the community focuses on them – they’ve just been some of the most popular causes so far. There are many other causes that look promising, and about which we’re keen to learn more, such as Open Science, criminal justice reform, macroeconomic policy reform, and many areas of scientific research. We wouldn’t be surprised if our community shifts its focus over time.

For more information on some promising causes, see GiveWell’s list of cause investigations.

Find out more about how to compare causes and which causes are most pressing on our cause selection page.