We’ve spoken a lot about the importance of building career capital. But now, it seems like some of our most engaged readers are putting more weight than we think they should career capital, and not enough on short-run impact.

A situation many people face is something like the following:

The debate usually boils down to the following: the first path has a higher impact, but the second offers better career capital. Then people reason that since career capital is more important than impact early in their career, they should go with the second option.

That’s often going to be the right answer, but here’s a couple of reasons it might be a mistake.

There’s several biases that push in favour of the safe project.

There’s probably biases pointing you in favour of the first option too, such as overconfidence, but my guess is that overall, most people are more likely to be biased in favour of the safe project.

Although career capital is more important than role impact early career, it’s rare, in my experience, for one serious option to seem like it has has more than twice the career capital of another, especially because there are many forms of career capital.

However, often the first option seems much higher impact than the second, perhaps ten times higher or more.

The second option probably wins, even if career capital is somewhat more important in general.

Is the second option really much better for career capital anyway?

It seems to me like a big part of gaining really valuable career capital is doing things that are exceptional – unusual, impressive, and valuable. When people tell someone about you or recommend you for a job, the three-line description they give is what opens doors. Exceptional achievements are what get you noticed, give you credibility, and let you build connections. The process of getting exceptional achievements probably teaches you more too.

How do you get exceptional achievements? Find something neglected, important and that’s a good fit for you.

On the other hand, doing something just because it gives you good career capital is doing something for extrinsic reasons rather than intrinsic ones, which can be demotivating.

On this basis at least, the first option might also turn out to be better than the second in terms of career capital. For instance, I feel like I gained better career capital from working on 80,000 Hours than I would have gained in finance or a PhD. (More on this point). 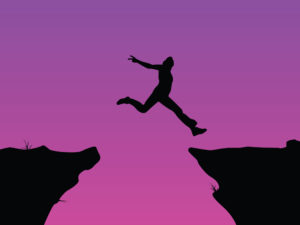