Many people want a career that contributes to the world, that helps others live happier lives. To do this, some become teachers, some work in the nonprofit sector, and others work in many other sectors. Sometimes this involves significant personal sacrifice – at the very least, “socially good” jobs usually have lower earnings.

Let’s suppose you want to minimise sacrifice and maximise social impact (definition). What should you choose then? What would be good is a career option that’s:

I think a path like this exists, as I’ll argue in the rest of this post. I call it the easy baseline:

If you want to have a social impact with your career, giving 10% is the easiest thing you can do, and I think almost everyone reading this should do it. You can take a public pledge to do so in just a few minutes.

Below I’ll explain in more detail why doing so is such an attractive option.

How much good does the easy baseline do?

There’s now substantial empirical evidence for this claim. For instance, a major 2013 study showed that doubling your income increases life satisfaction by about 0.5 on a scale of 1 to 10, which is a pretty small increase. For a graphical review of this evidence, see the figure below, and note that the x-axis is on a ‘logarithmic scale’, which means each increment corresponds to an additional doubling of income. 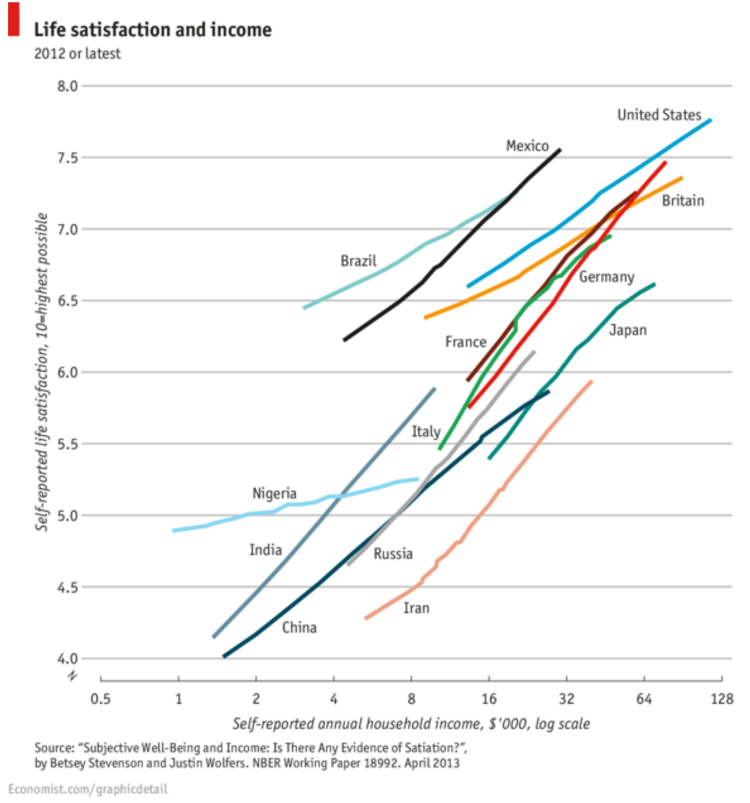 If you look at other outcomes besides life satisfaction, such as whether you feel happy or are not stressed, the effects of extra income are even weaker. For instance, this study by two Nobel Prize winning economists could find no increases in happiness above a household income of $75,000 in the US.

US college graduates earn a median of about $43,000 per year (and about twice as much again if you have a doctoral or professional degree).1 The typical recipients of GiveDirectly grants have individual incomes under $400 a year, and household incomes under $1,000. That means your income will be at least 43 times higher than theirs.

Using the data above, doubling your income will add about as much to your life satisfaction (0.5 points) as doubling the income of a Give Directly household from $1,000 to $2,000. So that means it takes 43 times as much money to increase your happiness the same amount as a poor Kenyan. This means that giving some of your income to GiveDirectly has over 45 times as much social impact as spending it on yourself.

That’s the theory, but what about the real results? GiveDirectly has done a randomised controlled trial of their program, which found significant reductions in hunger, stress and other negative outcomes. Most of the money is invested in assets, such as metal roofs and water equipment. There’s little evidence it’s “wasted” on alcohol or gambling. GiveDirectly’s trial adds to an already substantial literature on cash-transfers, showing significant benefits (though these are usually conditional rather than unconditional).

Looking at the human side, here’s a typical recipient:

Grace, 48, is a widow who lives with four children: 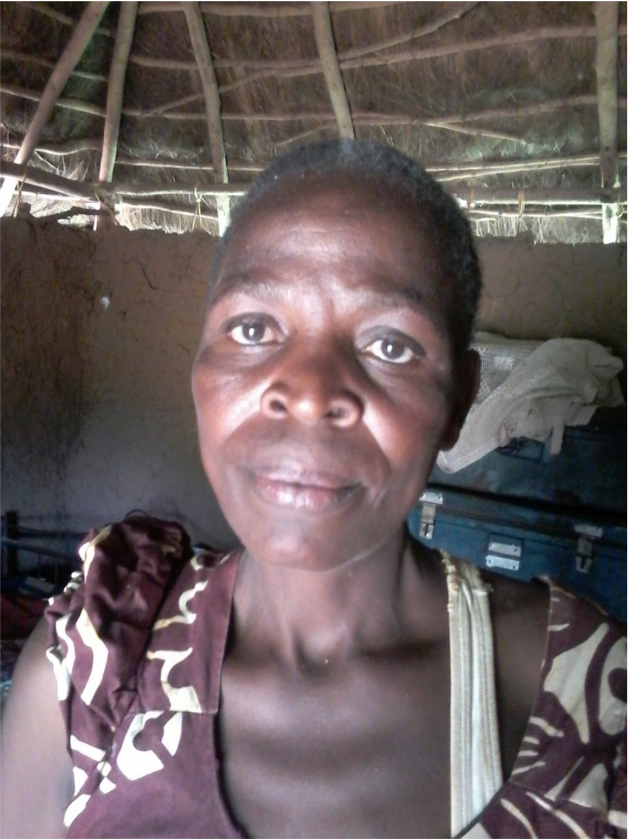 I would like to use part of the money to build a new house since my house is in a very bad condition. Secondly, I would wish to pay fees for my son to go to a technical institute….

My proudest achievement is that I have managed to educate my son in secondary school.

My biggest hardship in life is [that I] lack a proper source of income.

My current goals are to build and own a pit latrine and dig a borehole since getting water is a very big problem.

If you donate 10% of your household income to GiveDirectly each year, that’s $4,300 per year over your career. That’s enough to double the income of 5 Kenyan families each year, benefiting hundreds of people in a major way over your life.

This involves little sacrifice, and will likely make you happier

In this path, you get to do whatever job you find most personally fulfilling, which is much less sacrifice than switching job for greater contribution to society.

You’re also only giving up 10% of your income. When people think of making a difference with their careers, they often consider going into the nonprofit sector or becoming a teacher. Nonprofit wages are much lower than corporate sector wages for people who are equally skilled, and teaching jobs are among the lowest paid of common graduate careers. In all likelihood, switching into nonprofits or teaching will involve giving up much more than 10% of your income (and might actually have less impact – see why not to work in nonprofits and our review of teaching).

Moreover, I don’t expect giving 10% of your income to charity will have a significant effect on your happiness. As discussed, extra income has a very small effect on life satisfaction once you earn at the level of a college grad in the US. If halving your income loses you 0.5 points on the scale, then decreasing it by 10% will only lose you about 0.1 points, which is really small compared to other life events, like your health and relationships.

In fact, there’s a couple of reasons the decrease is likely to be even less. For instance, the correlation between income and happiness is probably partly explained by other factors (e.g. having strong friendships could make you both wealthier and happier), and these other factors won’t decrease much if at all when you donate some of your income. Secondly, you’re still earning the extra income – the experience of someone who earns $43,000 then gives away $4,300 is different from the experience of someone who only earns $38,700 in the first place.

On top of that, there’s a substantial and growing body of evidence that acts of altruism make you happier. For instance, one major international study found:

On average… donating to charity has a similar relationship to subjective well being as a doubling of household income.

If this is true, and causal, then giving 10% will probably increase your happiness more than decrease it.

It definitely seems like this with people we’ve advised. Knowing that you’re making a substantial impact with your life is deeply fulfilling, as is the feeling of living in line with your values, and taking action on one of the world’s greatest problems.

Here’s much more depth on the question of whether giving 10% will make you happier.

Can you easily do even more good again?

If you think there’s somewhere you can donate that’s even higher impact than GiveDirectly, the argument is even stronger.

The charity evaluator GiveWell estimates that Against Malaria Foundation is about 10 times as cost-effective as GiveDirectly. That’s where most of their staff are giving this year. AMF distributes insecticide treated bed nets in Africa and has a large funding gap, so by donating here you may have ten times as much social impact again.

In concrete terms, GiveWell estimates that donations to Against Malaria Foundation save a life for about $3000, plus have many other benefits on quality of life and income. This means your donations could save more than one life every year. If you ran into a burning building and saved one life, that would be amazing – one of the best things you’ve ever done. You can do something as good as that more than once a year.

If there’s other charities you think are even better, then the argument is even stronger again.

Another way you could boost your impact even further is encouraging others to donate. For instance, if you can persuade one other person to give 10%, then you’ve doubled your impact. Or every year for your birthday, you could ask your friends to donate to charity rather than buy you a present. Many people are able to raise $1,000 a year like this.

What other ideas do you have for careers that might satisfy the criteria at the start (open to most people, easy, large impact)? Share your ideas in the comments.

If you want to have a social impact with your career, giving 10% is the easiest thing you can do, and I think almost everyone reading this should do it.

The problem is that it still requires willpower to give up income. To avoid this:

This pledge is a public, but non-legally binding, commitment to give 10% of your income to whichever charities you believe are most effective at helping others.

Convinced by the above? If so:

This giving season, hundreds of people will be taking the pledge together, adding to over 1,400 who have already done so (including myself!), collectively pledging half a billion dollars to the world’s most effective charities. You can join their event here.