Research Careers and the Matthew Effect

In part 1, I noted that citations in research are distributed by a power law: that is, the best few researchers get almost all the attention. Why is this? One factor is the Matthew effect, in which “the rich get richer and the poor get poorer.”1, 2

*For unto every one that hath shall be given, and he shall have abundance: but from him that hath not shall be taken even that which he hath.

The Matthew effect may be a crucial consideration for assessing the probability that you rise to the top of your field. Because “the rich get richer,” early achievements and signs of success increase the likelihood that you’ll be even more successful later. For example, the figure below shows how the power-law exponent for a scientist’s article receiving a given number of citations decreases as s/he has more prior articles with more citations.5 This manifestation of the Matthew effect may stem from the tendency to cite works by authors who are already highly cited when looking through an article’s references.5

The next figure is another illustration of the Matthew effect: it shows how the period between a scientist’s publications decrease as s/he publishes more articles.5 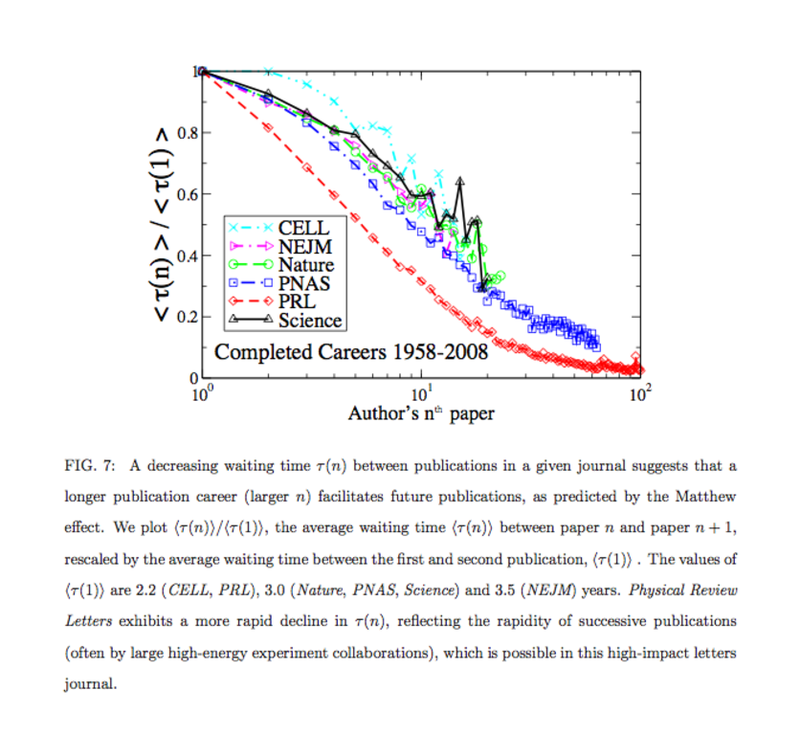 Should you go into research? – part 1

How to do important research