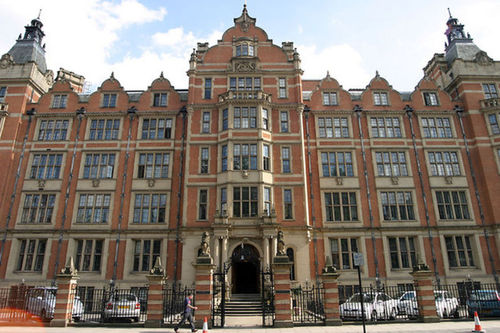 This post presents some research notes we made while investigating the value of economics PhDs. We were motivated to do this research because we have some reasons to think that an economics PhD is a particularly good way to build career capital and keep one’s options open. We have coached several individuals who are considering applying to economics PhD programs. We lacked information about a) how useful an economics PhD is for high impact careers outside of academia and b) how important attending a top ranked program is for different career options. With more information, we can be more confident in determining whether an economics PhD or an alternative is the best option in individual cases.

Key findings from our research are:

The following sections are organized by research question and describe our research process, findings, and remaining uncertainties. First, we explored what economics PhDs do immediately following graduate school because we had reasons to believe an economics PhD keeps one’s options open, but we lacked hard data on options outside of academia. Second, we looked into the importance of attending a top tier program because we were unsure about the extent to which graduating from a top program affects one’s job status–and presumably therefore one’s career impact.

To learn more about the options open to economics PhD holders, we explored the most recent job placement records from four 1st tier graduate programs, three 2nd tier programs, and three 3rd tier programs.1 We classified each placement into one of four categories: academia, government, private sector, and nonprofit/think tank. We decided not to split the nonprofit/think tank category given the low number of placements into it.

Across the entire dataset of 232 placements:

The majority of the 40 government placements were into central banks (13 into the U.S. Federal Reserve or its regional offices and 10 into non-US central banks), and the rest were split fairly evenly between other U.S. federal agencies and internationally-oriented agencies. Sample private sector firms in the placement data include Barclays, BlackRock, and PricewaterhouseCoopers. The low number of placements into nonprofits or think tanks – 12 out of 232 – was perhaps the most surprising finding to emerge from these datas. Again, our dataset is limited to only the most recent placement year provided by each program, so we are unsure whether the low number of nonprofit/think tank placements is a longer-term trend.

The data provide little evidence that type of placement varies by tier in the aggregate. For instance, 66% of tier 1 graduates placed into academia, versus 61% of tier 2 and 3 graduates. Similarly, a recent paper on 2007-2008 PhD economist job market placements finds “little difference” in placements into academia, government, the private sector, or temporary positions based on program tier.2 Nonetheless, our dataset does highlight differences in placements across individual programs. For instance, 39% of graduates at the University of Maryland-College Park placed into government, versus 5% at Stanford. The extent to which these types of differences are longer-term trends is again unknown, so prospective students should examine programs’ placement records over several years.

Overall, our analysis of recent economics PhD placements indicates that although a majority of economics PhD graduates place into academia, graduates also enter a variety of organizations in government, the private sector, and to a lesser extent nonprofits and think tanks. Because the data represent a snapshot of programs’ most recent placements, we remain uncertain about graduates’ longer-term career trajectories. A future analysis could compare initial placements from many years ago to the positions those individuals hold today. In addition, although types of placements do not appear to vary significantly based on program tier, one’s job status and therefore opportunity for impact likely do. We explore the importance of program tier on career success in the next section.

How important is it to go to a top tier program?

Our research to date sheds light on the importance of attending a top tier economics PhD program within academia, but we have little information on how PhD tier affects one’s prospects in other fields.

Professorships within top tier economics programs and prestigious awards are disproportionately held by individuals who graduated from top departments. A recent paper examines where the 606 faculty members of tier 1 and tier 2 economics programs (ranked 1-6 and 7-15, respectively) earned their doctoral degrees.3 All of the programs are based in the US.

These findings provide strong evidence that program tier plays a crucial role in career status and impact within academia. Nonetheless, we currently lack similar information on the importance of attending a highly prestigious program for high impact careers outside of academia. One reason why we recommend Economics PhDs is that we have reason to think they are useful for a number of potentially high impact career paths beyond academia. To obtain more information on this, it would be useful to take a few promising career paths and determine whether an economics PhD is a requirement and how predictive it is of success.

Potential directions for future research include:

The value of economics PhDs: A conversation with Robin Hanson

The complete guide to getting into an economics PhD program (from qz.com; authored by Miles Kimball and Noah Smith)

A PhD in economics is the only one worth getting (from qz.com; authored by Noah Smith)