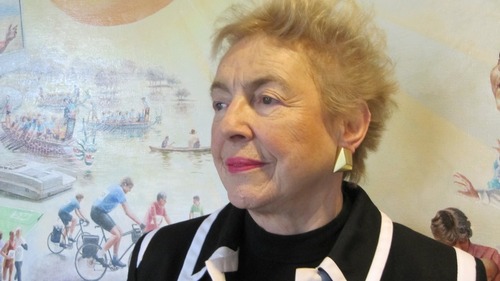 We recently held a public Q&A with Dame “Steve” Shirley at our Oxford student group.

In the talk, Dame Stephanie filled us in on her fascinating life, which includes pioneering work in tech entrepreneurship (during which time she took on the name “Steve” in order to secure meetings in the male dominated industry, and built a company of 300 female programmers), followed by a philanthropic career in which she has founded 5 non-profits, became the first UK Ambassador of Philanthropy, and donated £67mn (primarily towards fighting Autism but also interdisciplinary research into the social consequences of the internet at the Oxford Internet Institute). She plans to donate 95% of her wealth.

We held the talk in order to hear about the career ideas of someone extremely successful in areas that are particularly interesting to us (tech entrepreneurship and philanthropy).

If you want to hear more about Dame Steve’s story, there are lots of videos on YouTube. We also recommend her book of memoirs Let it Go.

In the rest of the blog, I’ll highlight three questions and responses that are of particular interest to our members.

Here are the questions and notes on her responses:

1. What do you look for in a funding opportunity?

In the effective altruism community, we often focus on finding donation opportunities that are proven, cost-effective and scalable (e.g., this was the initial focus of GiveWell, though it is no longer the focus of GiveWell Labs). This makes sense if you’re a passive donor (someone who just gives money but doesn’t otherwise try to influence the organisation). Large donors, however, are often active: they can play a role in shaping what the charity does. If you become an active donor, then your role becomes more like that of an entrepreneur – the bulk of the value comes from developing new approaches that can achieve scale, rather than scaling up something that already exists.

This list of factors seems to make sense for an entrepreneurial donor. Pioneering is necessary to produce value through innovation, while personal comparative advantage increases your chances of succeeding in the sector.

Strategic and Measurement are ways to judge and monitor whether the project is being well executed, but they can be applied to new ventures (unlike, say, “proven”).

Unlike Steve, however, we’d also add “within an effective cause” to the list. Although personal advantage is important, it’s also important to work on promising causes, because we think that some causes are likely to be far more effective than others.

2. Do you think more young people should consider entrepreneurship?

Yes – though it can be extremely stressful, so it’s not for everyone. Dame Steve suffered from a nervous breakdown during her career.

A huge benefit is that you have much more independence, and you have the chance to develop a capital asset. Normal corporate jobs are more secure and often higher paid, but you have more bureaucracy and less freedom.

She also remarked that she thought she had achieved far more through her work (creating jobs for 8,500 people) than her philanthropy.

3. If a young person came to you just wanting to make a positive social impact, what would you recommend?

Find an important project and get started. There’s a huge amount of opportunity.

Other ideas of note

She has preferred to promote philanthropy by talking about the joy it brings her, rather than the language of obligation, although she does feel a huge obligation to help.

She originally started her tech company as a charity, but soon realised that they’d get more respect as a business.