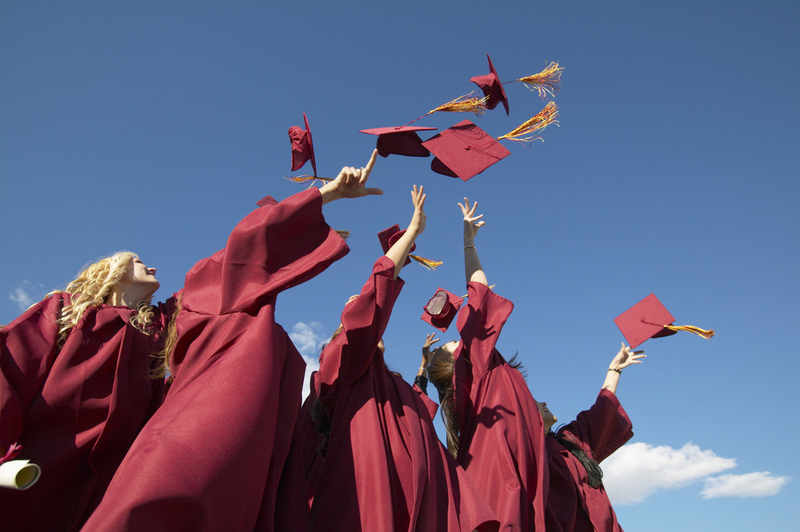 As university fees have continued to increase, there has been debate in the press over whether doing a degree is still worth it: the Telegraph asks “University: was it worth it?” and a Daily Mail headline reads: “Degree earning power falls 22% in a decade – and top graduates are working in pubs”. The same debate is raging in the US, and has received excellent in-depth analysis by Dylan Matthews of the Washington Post.

The question of whether or not to do a university degree has arisen in our careers coaching. In a recent case study, we were asked by our coachee whether they should finish their degree. We’ve previously been asked by a member whether they should start a degree, and we’ve discussed career decisions with Joey and Xio, who decided to put their degree on hold in order to start Effective Fundraising. So, we decided to write up our thoughts.

This article is aimed at the UK, though we think many of the ideas apply in other countries.

1) According to the academic literature, doing a degree significantly boosts your earning potential.

We did a survey of the academic literature on the returns of university education, and found agreeing consensus that doing a degree will significantly increase your earnings over your life, including tuition fees and the years of work you miss.

The consensus agrees the increase isn’t the result of “ability bias.” Ability bias is the problem that higher earnings from university graduates may be due to higher motivation and ability, rather than the degree itself. Instead, academics conclude that doing a degree boosts your earnings, compared to those of someone equally talented but without a degree.

Academics also agreed that the returns of a university degree were in the range of an IRR of 10%, and perhaps as high as 15%. An IRR of 10% roughly means that if doing a degree costs you £100,000 in lost earnings and fees, you’ll gain £10,000 per year in additional earnings for the rest of your life.1 These are very high returns. To illustrate, it’s significantly higher than the 7% annual returns you could expect from investing in the stock market.2

However, it is difficult to measure any effect like this in the social sciences. The studies were only correlational, so the studies alone are not strong evidence. Nevertheless, when combined with some of the other considerations below, we’re fairly confident that doing a degree will increase your earnings.

It’s possible that doing a degree is good for your earnings but not much else, e.g. your ability to do academic research, set up a business, or advocating for important ideas. This strikes us as unlikely, however, because we think if a degree makes people able to earn more, then it probably increases their abilities in other ways too. This implies that doing a degree helps build your career capital – your skills, connections and credentials – for doing good more broadly than just earnings.

3) Common sense recommends that if you have the option to do a degree, you should

We don’t have survey data to back this up, but based on our experiences, almost everyone thinks it’s better to do a degree than not, if you’re able. We don’t see reason to go against common sense on this issue, so we accept the common sense position.

One exception that’s sometimes raised is people in the tech community, in part because many famous tech entrepreneurs are college dropouts. We don’t think the fact that some tech entrepreneurs dropped out of college is evidence that it’s best not to do a degree. First, as we found in a recent survey of the biographies of top tech’ entrepreneurs (upcoming), these people did start degrees, and they used this opportunity to meet co-founders and test out their start-ups on the side. They only dropped out when their idea was already fairly successful. In fact, 70% of founding teams who went through Ycombinator and Techstar have a college degree in a STEM subject. 25% went to the same college (presumably where they met). When we spoke to tech’ entrepreneurs about how to go into entrepreneurship, none of them recommended against doing a degree. In contrast, most entrepreneurs were in favour of going to university at least in order to find co-founders and try out start-up ideas. So, we don’t think the existence of successful tech college drop outs is a good reason not to do a degree.

4) Going to university is a great opportunity to build connections

In our experience, people make a significant fraction of their lifelong friends at university, and generally find the social life in their first jobs to be significantly worse than at university. This isn’t surprising. Since you’re around lots of people of similar ages and interests, and often have a relatively large amount of time to socialise, university is one of the best opportunities you’ll ever have for meeting people you’ll get on with.

At university, you have 3 or 4 years with long holidays and more flexibility over your time than you’ll have in most jobs. You can use this to gain experience of a wide variety of areas. Some people use the opportunity to launch campaigns and business ventures.

6) Degrees are a requirement for many desirable jobs

Most of the jobs we think offer the best opportunities require a degree. About a quarter of jobs are only available to graduates.

Even if you decide you don’t want one of these jobs, we’d still recommend doing a degree because we think it’s highly important to keep your options open. Not doing a degree makes it much harder to get at least 25% of jobs.

When not to do a degree?

1) When you have another excellent opportunity to gain career capital

For the reasons above, our impression is that it’s difficult for an 18-year-old to find an opportunity to build career capital that’s better than doing a degree.

One exception might be founding a high-potential new project or start-up, though few people have these sorts of opportunities. (If you don’t already have an idea and co-founder, then going to university looks like one of the best ways to get one, for the reasons above).

Another exception is learning to program computers. This is a highly in-demand skill, which can in 1 to 2 years open up well-paid jobs in software engineering (as we’ll argue in an upcoming post). We’ve been told by several people in the industry that these jobs don’t require a degree so long as you can demonstrate programming ability. In fact, in some teams 14% of Google employees don’t have one, and Google has some of the highest-paid software engineering jobs. Learning to program can also help you go into entrepreneurship.

If you could earn a social return on your time significantly higher than an IRR of 10%, then that could beat doing a degree. If you can also leave the option of doing a degree open, then it might be better to get started having a social impact immediately, rather than doing a degree first.

Our impression, however, is that projects like this are relatively rare for people to find right at the start of their careers, though it could certainly be worth trying. We think it’s plausible that Effective Fundraising was in this category.

What are some alternatives to doing a degree?

We haven’t yet had the chance to do much research into this question, but here are some initial guesses:

Some trades, like air traffic control and plumbing, can earn you more than £40,000 per year after only around 5 years’ experience. You could use this position to contribute through earning to give. One downside of these paths is that the skills aren’t highly flexible, so you’ll be vulnerable to shifts in these particular labour markets. This is unlike doing a degree, which broadens your options.

For the reasons listed above.

If you can think of a good idea, there may be a way to gain something impressive for your CV, which also has a large social impact. But this is a tough thing to do!

Try to negotiate your way into a job at a company that will teach you a lot. Small companies are probably better, because you’ll be able to try more roles (and therefore learn more skills) and the company might be more flexible in its hiring requirements. You could start by offering to work for a couple of months for free if they’re sceptical.

Ideally, we guess it’s best to work in a fast-growing company in an interesting market, so that there will be more opportunities for advancement and innovation in the future (as recommended by Marc Andreessen), although we haven’t yet looked into the data behind this idea.

If you can get several years of good work experience under your belt, you may be able to use that, instead of a degree, to get further jobs.

We think it’s normally best to do a degree, because there’s good evidence it boosts your career capital. First, there’s academic evidence showing it boosts earnings. Second, it’s widely supported by common sense. Third, there’s a variety of plausible mechanisms by which a degree boosts your career capital more than most jobs would: it provides excellent opportunities to gain connections and experience, most recruiters expect strong candidates to have one, and it’s a requirement for many jobs.

We’re open to the idea that there can be options that are better than doing a degree, but our guess is that they’re relatively rare, which would make us initially sceptical about them. They would need to impart outstanding career capital, or have an unusually large social impact.

If you’re going to do a degree, what subject should you study? Read on here.