We believe that some of the career paths open to you likely have over 100 times more positive impact than other paths you might take.

Why? In our key ideas series, we’ve shown that you can have more impact by:

We’ve also shown that there are big differences for each factor:

On top of that, you can further increase your impact by having a good career strategy, such as by striking the right balance between investing in yourself and having an impact right away.

But also note that the differences multiply together, rather than merely add up.

For instance, if you can find a problem where additional resources are twice as effective, and can direct twice as many resources to that problem through greater leverage, then you’ll have four times as much impact.

If you can find a path that’s twice as good on each dimension, it would be 16 times higher impact in total.

In practice, it’s normally not possible to find an option that’s better on every dimension. For instance, by changing the problem area you’re working on, you might have less confidence in your fit.

There are also some reasons to be sceptical of claims of outsized differences that we’ve covered elsewhere in the series, such as regression to the mean and epistemic humility.

It’s easy to gloss over the significance of a 100 times difference, but let’s appreciate for a moment just how much it matters. It could mean saving 100 times more lives, reducing carbon emissions 100 times as much, or making 100 times more progress reducing the biggest risks facing humanity.

These differences are not the only ethically relevant factors, and everyone has priorities in life besides moral ones, but they do really matter.

Another implication is that if it’s possible to find an option that’s 100 times higher impact than your current best guess, then 10 years in that path would achieve what could have otherwise taken people like you 1,000 years. You could then spend the next 30 years on a beach doing whatever you like, and still have done far more to help others.

This shows that it could easily be possible to find a path that’s both higher-impact and more personally satisfying than your current trajectory.

How is it possible that such big differences in impact exist?

One reason is the massive economic and technological bounty of the Industrial Revolution, which means that today, many ordinary citizens of rich countries have what would have been kinglike wealth and power in previous centuries. 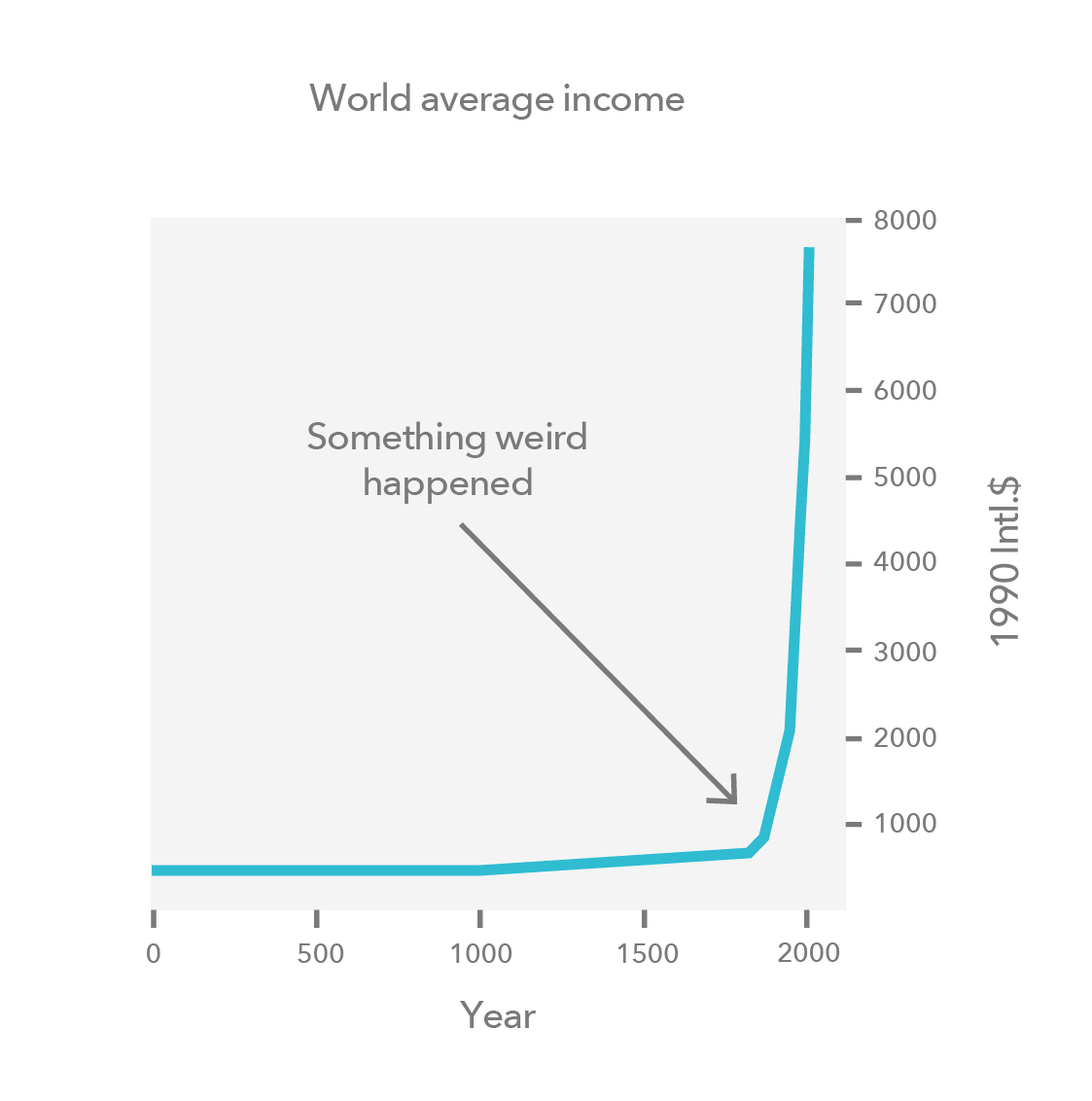 And advancing technology may make the next century one of the most important in history.

Our generation can wreck the climate for thousands of years, or we can build a sustainable economy. We can continue to expand factory farming, or we can eradicate it. We can allow new technologies like nuclear weapons to end civilisation, or we can usher in a future better than we can imagine — and be good stewards for all future generations.

Our aim is to help people like you understand this new power. If you have the good fortune to have options about how you spend your career, you can help change the course of history on these vital issues.

This is not an easy path, but it is a worthwhile one.

Finding the best path for you requires exploring, investing in yourself, being attentive to risk, and making hard tradeoffs.

We’ve often felt racked with uncertainty about what to do, and overwhelmed at the scale of the issues. But we’ve also found a meaning and satisfaction in our efforts, especially as more and more people have united around them.

We still have a lot to learn, but we hope that by sharing what we’ve learned so far we can help you avoid the mistakes we’ve made, and speed you along your path to an impactful career.

Now that you’ve read the series, here are two ways we can help you update your career plan, and put these ideas into action:

1. Speak to our team one-on-one

If you’re interested in working on one of our top problem areas, our advising team might be able to speak with you one-on-one. They can help you consider your options, connect with others working on these issues, and possibly even help you find jobs or funding opportunities.

Speak to our team

2. Use our planning course to write your plan

If you want to think more about your plan first, sign up for our eight-week career planning course. It takes everything we’ve learned about career planning and turns it into a series of tips, prompts, and resources to help you clarify your longer-term goals and turn them into actionable next steps. It’s designed to be useful no matter which problems and career paths you want to focus on.

Sign up to receive the course through a weekly email, or you can see everything online.